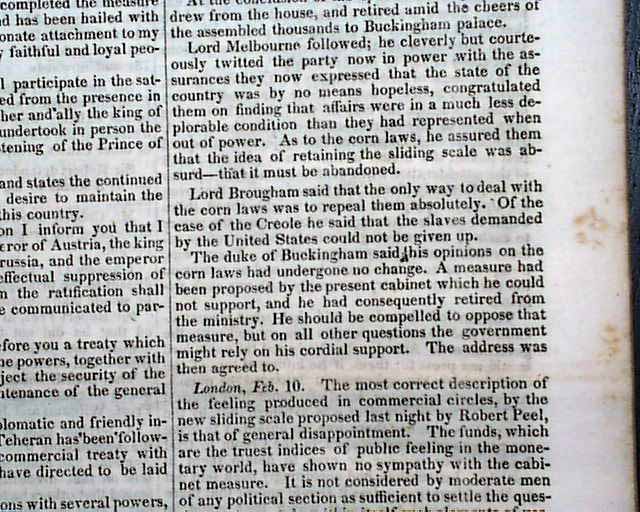 The front page has an article headed: "The Creole Captives", which concerns a slave ship upon which the slaves mutinied, a rather infamous event in American history. This article is a report from Parliament in London discussing the slave ship situation.
The Creole case was the result of an American slave revolt in November, 1841 on board the Creole, a ship involved in the United States slave trade. As 128 slaves gained freedom after the rebels ordered the ship sailed to Nassau, it has been termed the most successful slave revolt in U.S. history. Two persons died as a result of the revolt, a black slave and a white slave trader.
A much smaller report inside is: "Creole Case" closing with: "...The executive it is said, will not recede from the stand taken in the Creole case."
Sixteen pages, 8 1/2 by 12 inches, nice condition.