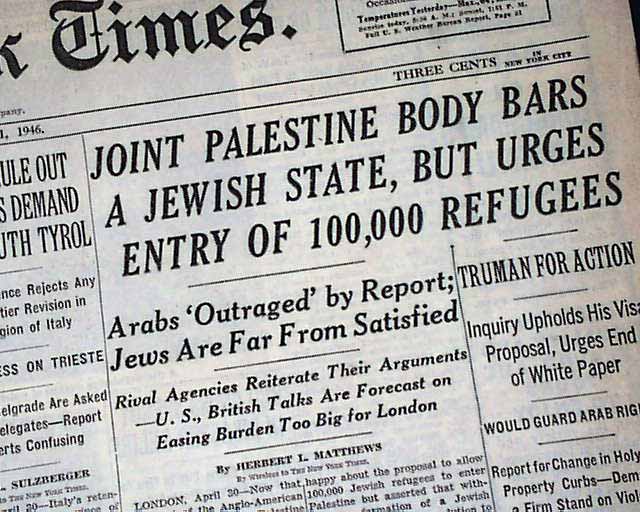 The front page has a three column headline: "JOINT PALESTINE BODY BARS A JEWISH STATE, BUT URGES ENTRY OF 100,000 REFUGEES" with subheads.
Page 34 has one column heads which include: "FELLER TOPS YANKS WITH NO-HITTER, 1-0" "Six Reach Base, 5 on Walks, as the Indians' Ace Hurls Classic for Second Time" and more with box scores.
Nice coverage on the no-hitter pitched by Cleveland Indians pitcher Bob Feller. After his retirement he would say that was his biggest thrill of his baseball career, pitching a no-hitter at Yankee Stadium in a 1-0 game. Nice to have in this NYC title.
Complete in 52 pages, this is the "rag edition" printed on very high quality newsprint meant for institutional holdings. Very nice condition. 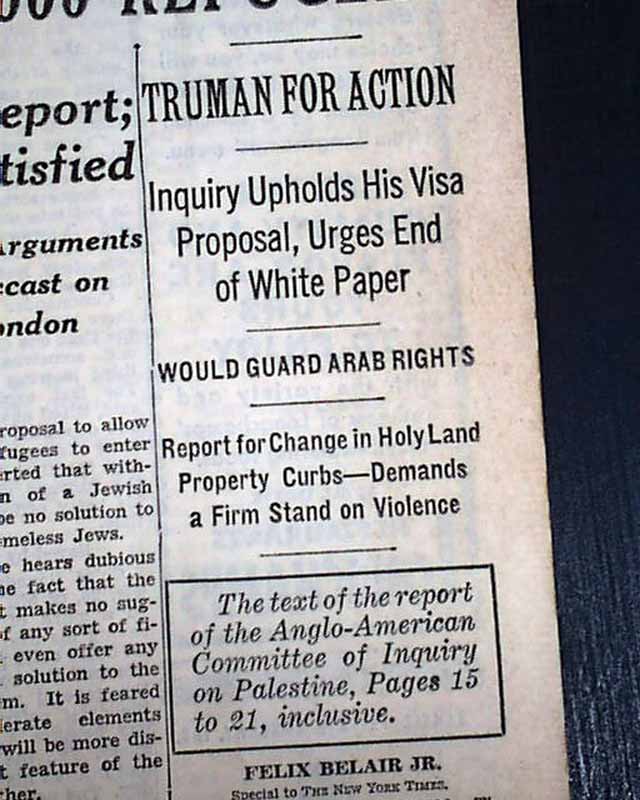 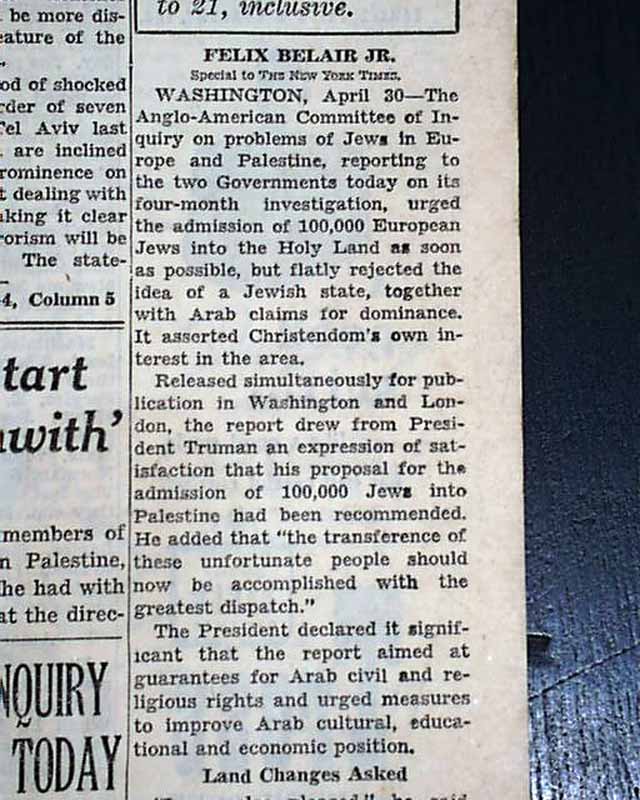 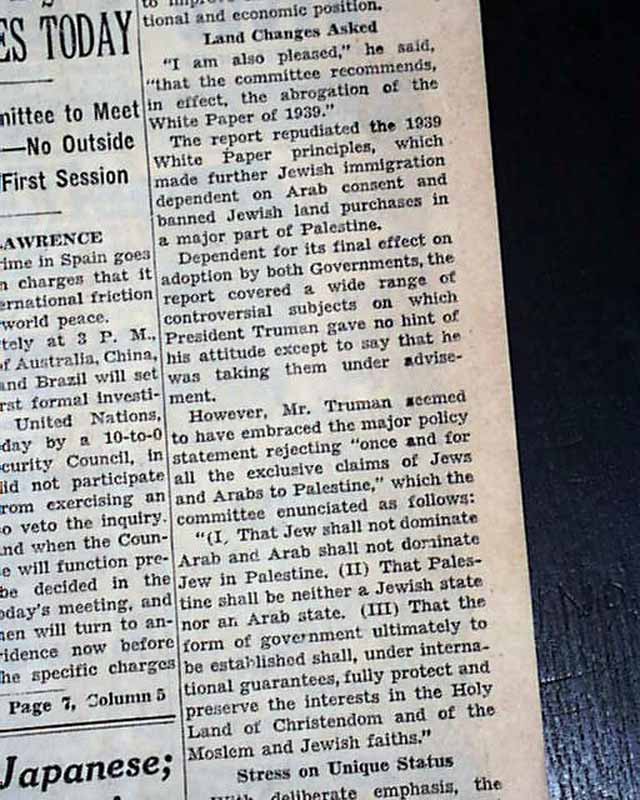 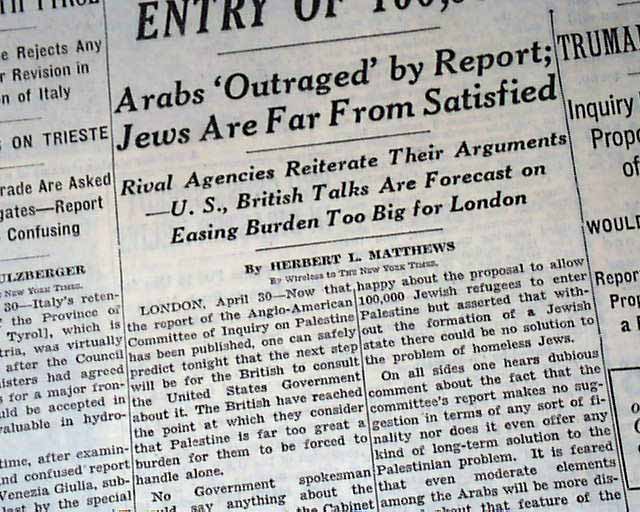 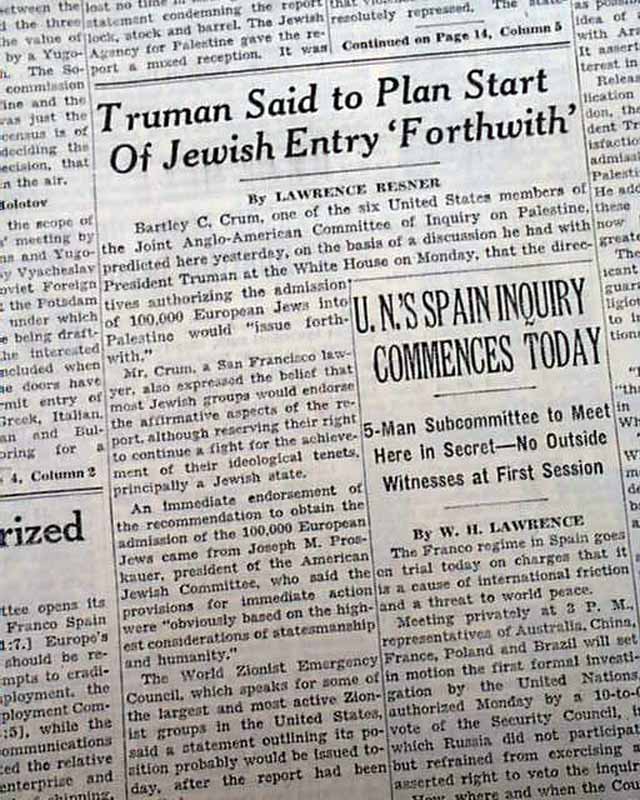 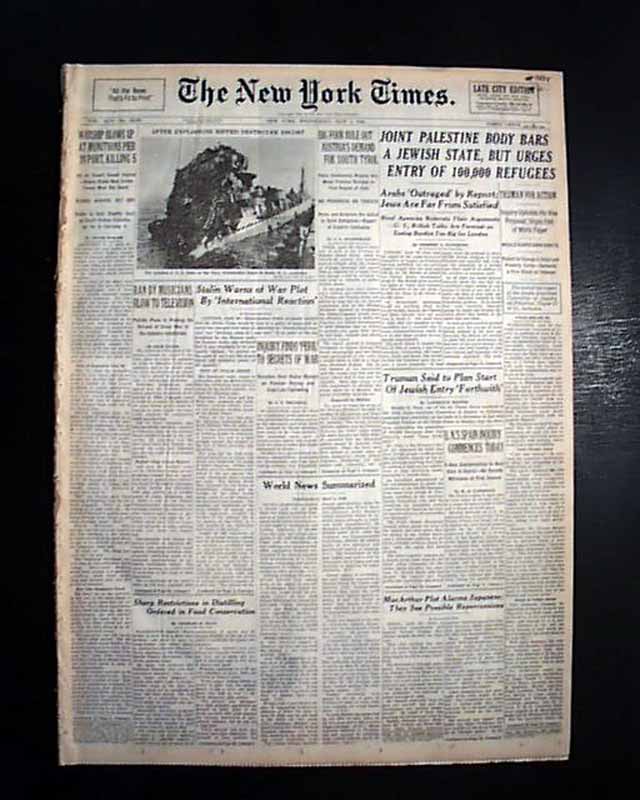 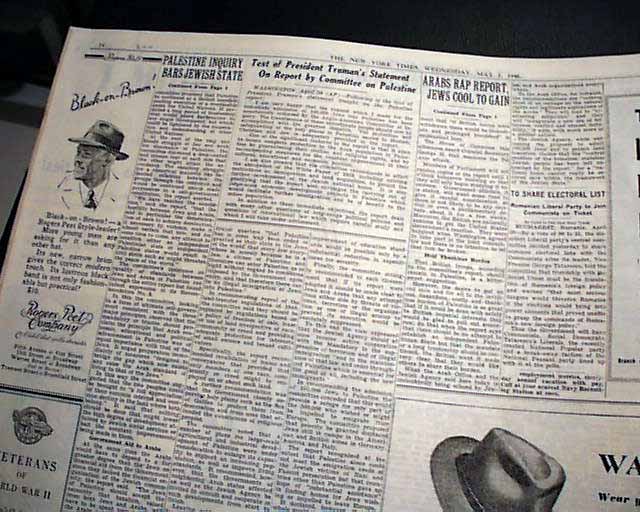 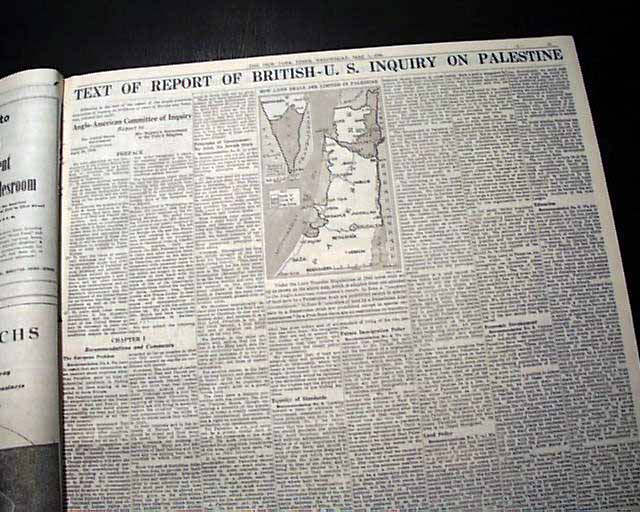 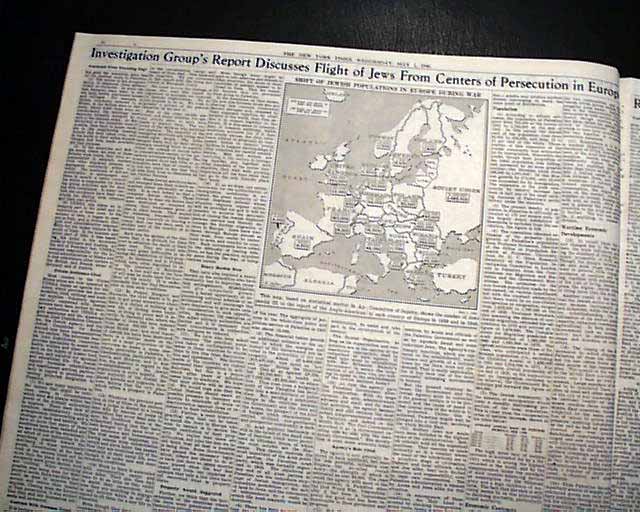 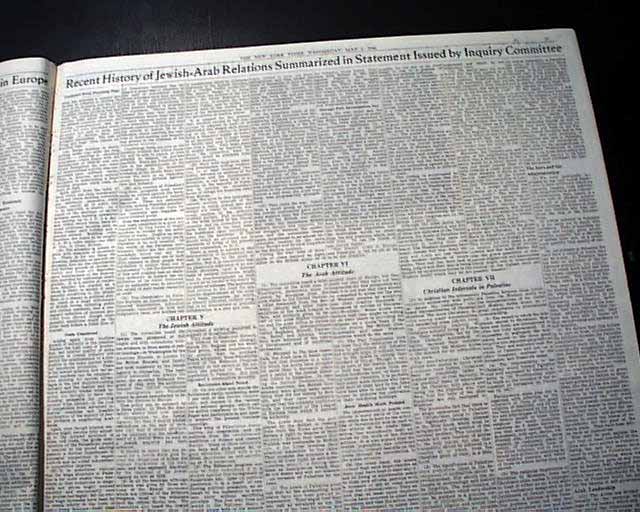 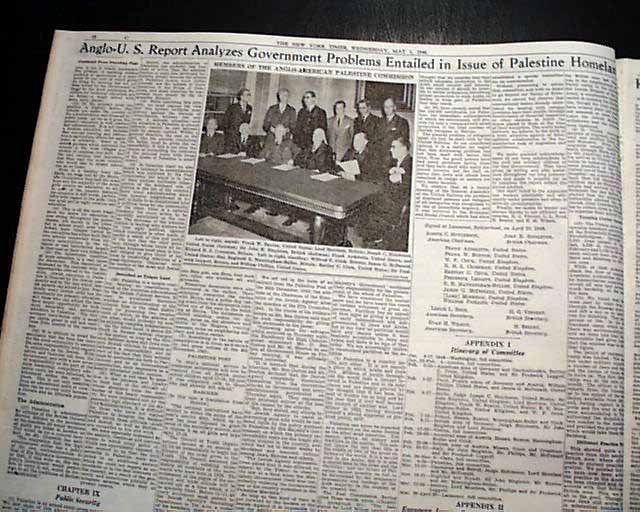 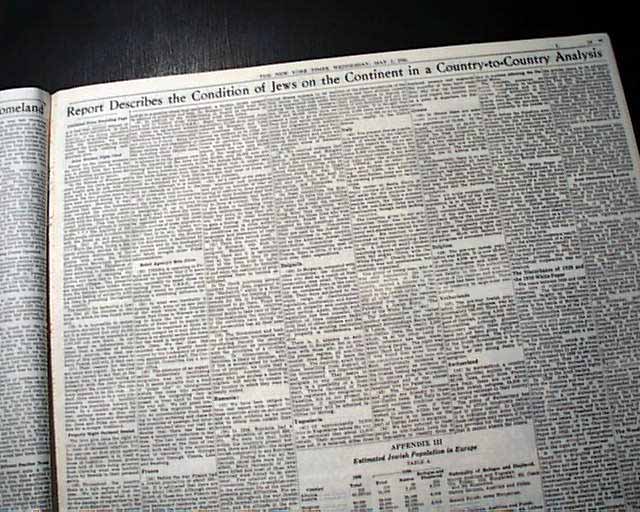 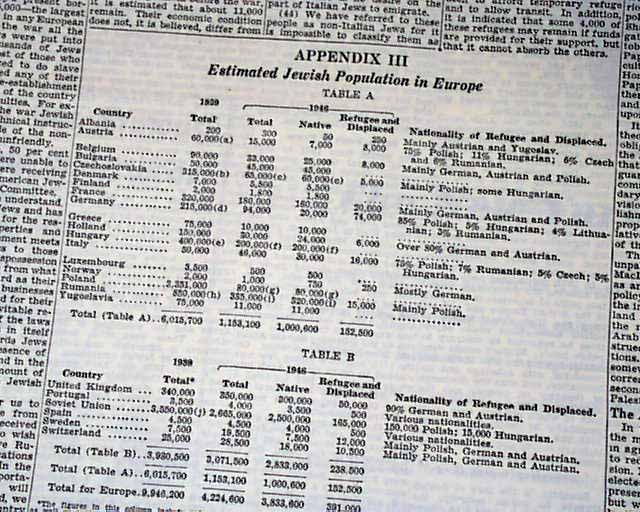 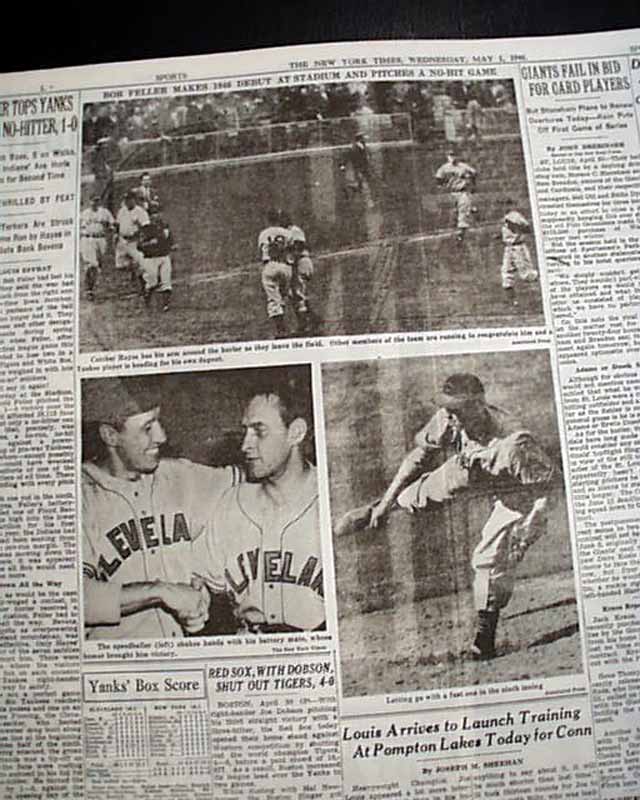 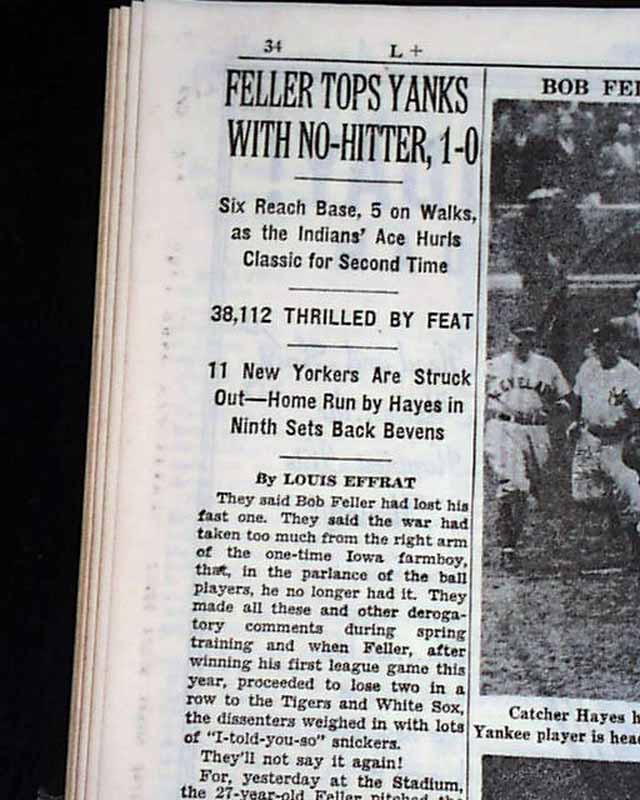 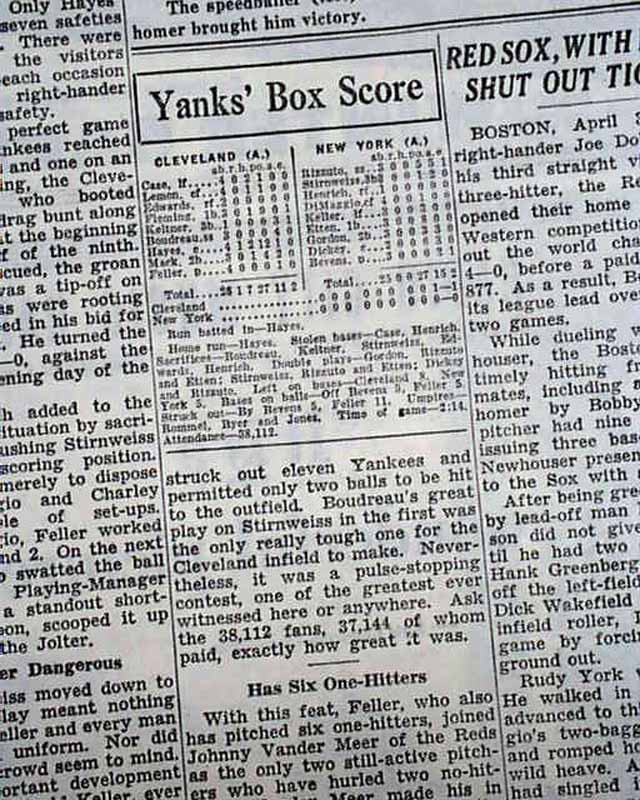