Home > Back to Search Results > The Battle of Bull Run...
Click image to enlarge 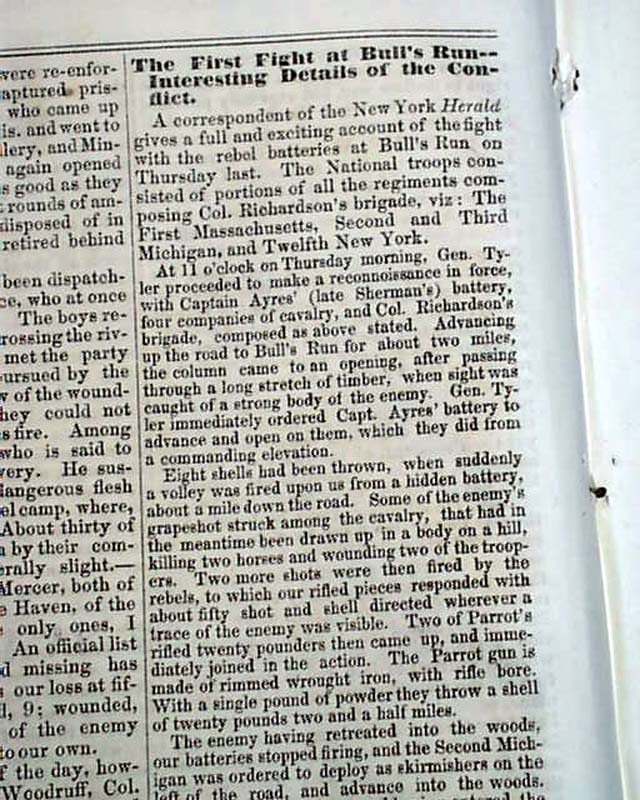 The Battle of Bull Run...

A wealth of early reporting on the Civil War including text on the historic Battle of Bull Run. The front page includes: "The Strength of Manassas Junction" "Save the Country" "Unheeded Warning!--The Fatal Blow was Struck!--Ruin Staring Us in the Face!" and more. Inside: "Another Sad & Fatal Mistake--Killed & Wounded at Rich Mountain" "The Kanawha Expedition" "The First Fight at Bull's Run--Interesting Details of the Conflict" "A Change in the Cabinet, the Result of Our Defeat at Manassas!" "The Repulse at Manassas--Only 15,000 in the Fight--The Causes of the Disaster Set Forth in Detail" "Message of President Davis" which takes over a column & is signed in type: Jeff. Davis; 'The foul Slander Wiped Out" "The Fight on the Kanawha" and much more.
Eight pages, nice condition.