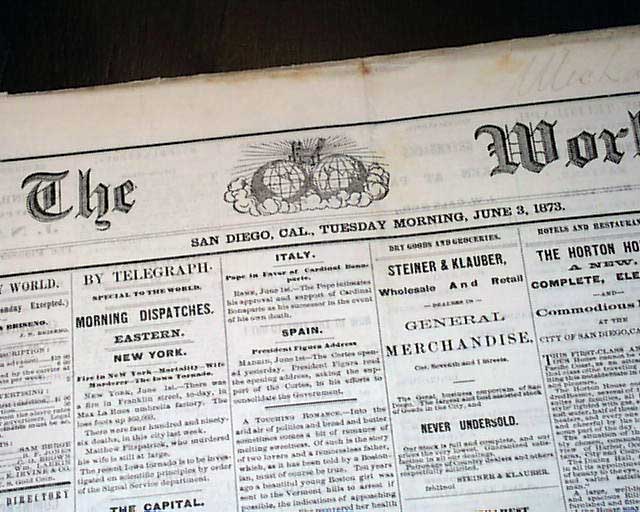 A very early issue from this now-famous Southern California city, this issue published when the population was just 2,300.
The ftpg. has some reports on the Modoc Indian War with: "...Surrender of Modocs--Approaching Wind up of Captain Jack". Page 3 has a report on a: "Dash To Julian", east of San Diego in the mountains.
Four pages, never bound nor trimmed, very nice condition.