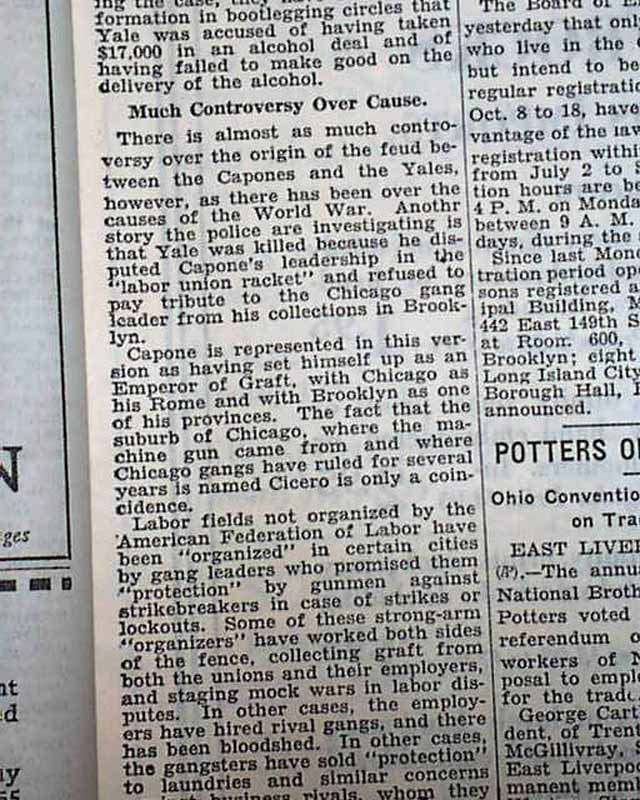 Page 3 has an article headed: "CAPONE SUBPOENAED IN MURDER OF YALE" "Chicago Gangster Is Sought in Miami on Suspicion of Ordering Brooklyn Killing" "Motive Still Is Vague" and more (see photos). Page XX3 (near back) has additional reporting concerning the gun power used by the gangsters and police with related photos. Lengthy text here.
Page 16 has one column headings: "GIRL FLIER THRILLED BY MOTOR CYCLE RIDE" "Miss Earhart Speeds Through Traffic in Sidecar of a Policeman's Machine" and more. Lengthy text.
Other news, sports and advertisements of the day throughout. Complete in a thick 100+ page Sunday edition, rag edition in great condition.