Home > Back to Search Results > Hawaii statehood announced in a Honolulu newspaper...
Click image to enlarge 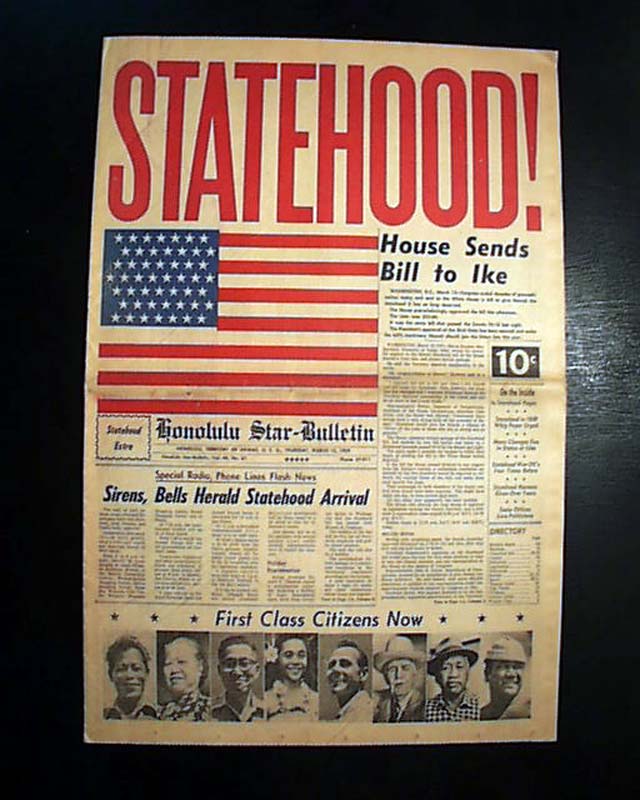 This would be "the" displayable issue to own recognizing Hawaii becoming the 50th state of the Union. The huge banner headline across the top of the front page--in red ink--screams: "STATEHOOD" with an 8 1/2 by 6 inch color print of an American flag with 50 stars, the 50th highlighted to mark the historic event.  The image and banner headline take nearly the entire top half of the front page, with a smaller heading: "House Sends Bill to Ike".  Additional front page coverage includes "Sirens, Bells Herald Statehood Arrival" and "First Class Citizens Now" stretched over photos of various Hawaiians "citizens" of the United States.
The complete first section with 26 pages. Some very light dirtiness, generally in nice condition. An issue perfect for display with this dramatic front page and being from the capital of Hawaii.