Home > Back to Search Results > U2 shines at Anaheim Stadium... Photos of Bono and other members of the group...
Click image to enlarge 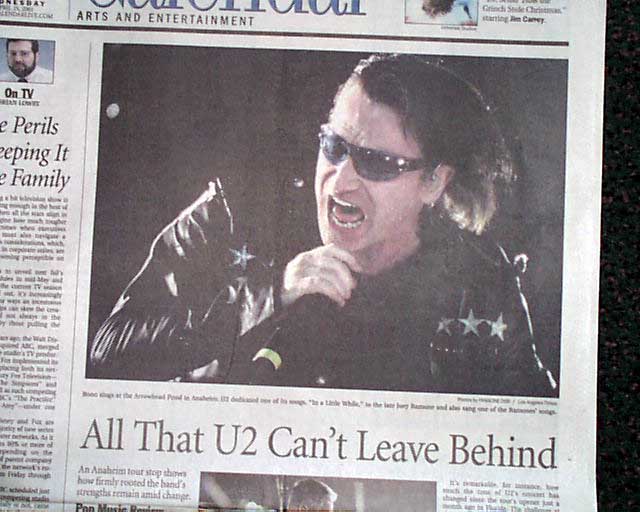 U2 shines at Anaheim Stadium... Photos of Bono and other members of the group...


LOS ANGELES TIMES, April 25, 2001 (Calendar Section only) The front page of this Calendar Section has a large photo of U-2's front man, Bono, with another of drummer Larry Mullen. The 4-column headline has: "All That U2 Can't Leave Behind," which provides a detailed review of the mega-group and their performance at Anaheim Stadium. The article continues on an inside page which has: "In Full Command in Anaheim," along with two additional photos.
The issue has most main sections, but is being offered for the content described. It is in very good condition.