Home > Back to Search Results > Death of the President James A. Garfield...
Click image to enlarge 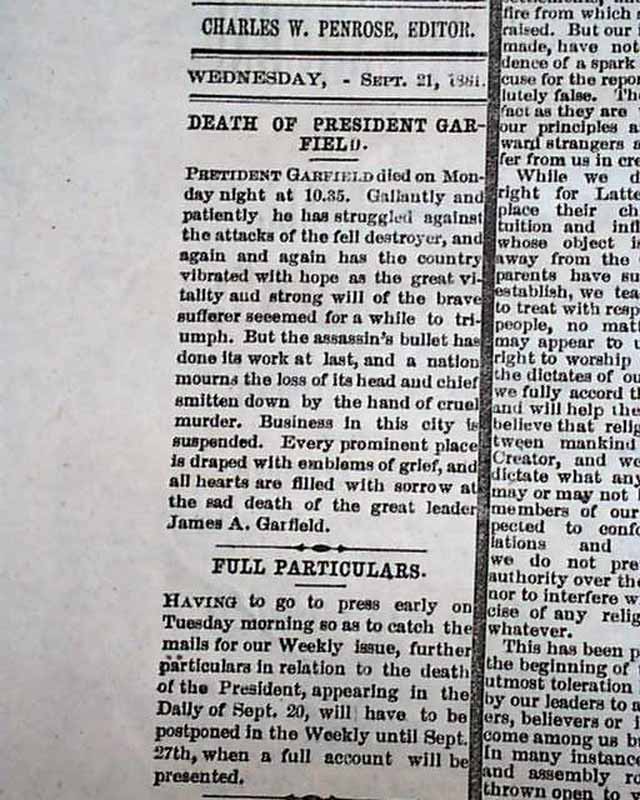 Death of the President James A. Garfield...

From 15 years before Utah statehood. Page 8 has all columns black-bordered due to the: "Death Of President Garfield" (see), being an early report without many details. The front page has: "Willful Murder" "Attempt to Shoot" "The Park Shooting" & other news items.
Sixteen pages, never bound nor trimmed so it folds out to one large sheet, very nice condition.