Home > Back to Search Results > The steel industry in 1903... The schoolship "Young America"...
Click image to enlarge 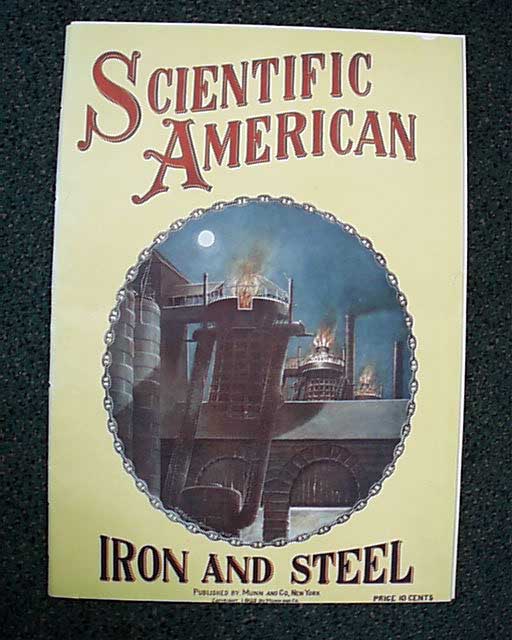 
SCIENTIFIC AMERICAN, New York, December 12, 1903  The color cover has, "IRON AND STEEL," which is followed by multiple pages of additional articles and photos describing various aspects of the iron industry at the turn of the century. Another article and large photo has: "THE FLOATING SCHOOLSHIP 'YOUNG AMERICA'". The inside cover has a nice ad for Oldsmobile. This would make a great issue for framing and displaying!
The issue is complete, and although it is a bit close-trimmed on the front cover, it is in very good condition.