Home > Back to Search Results > British vs. the Spanish at Barbadoes...
Click image to enlarge 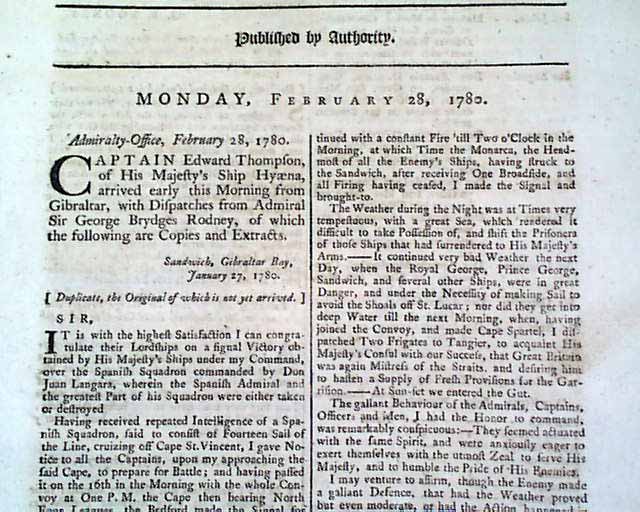 British vs. the Spanish at Barbadoes...

"Extraordinary" issues were printed on special occasions when notable news arrived outside the normal printing cycle.
The ftpg. is taken up with a letter signed by: Geo. Brydges Rodney concerning the action at Barbadoes against the Spanish squadron.
Pages 2 & 3 have related reports & include a: "Return of the Killed & Wounded, etc." Spain had joined the Revolutionary War on the side of America.
Four pages, 7 3/4 by 12 inches, red tax stamp on the ftpg., great condition.