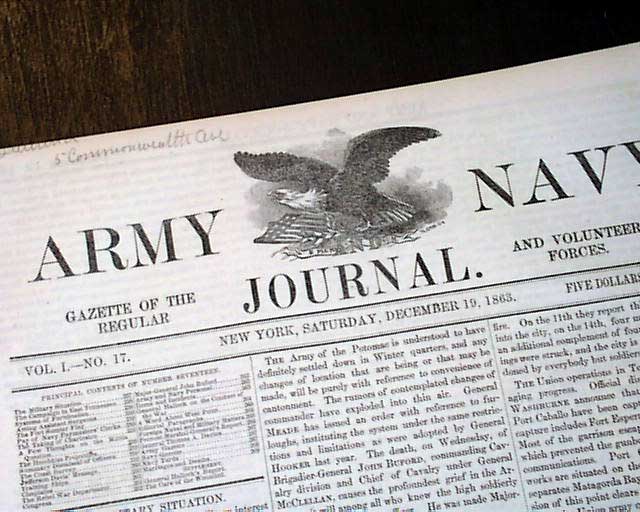 As noted in the masthead this was the: "Gazette of The Regular & Volunteer Forces" and as such is replete with military news of all sorts.
Among the war-related items in this issue are those headed: "The Military Situation" taking most of the ftpg; "Jefferson Davis' Message" is an analysis of it, not a verbatim printing. It begins: "The Message of the rebel President is, as might be expected, dignified, well-written, and yet, to us, very absurd..." and ends with: "...We may venture to doubt whether Mr. Jefferson Davis will ever write another Annual Message."; "General Halleck's Report" which takes nearly 4 pages, signed by him in type. Also an editorial report on: "General Halleck On the Conduct of The War" "The Case of the Wounded in Battle" and much more.
Sixteen pages, 10 by 14 1/2 inches, very nice condition.