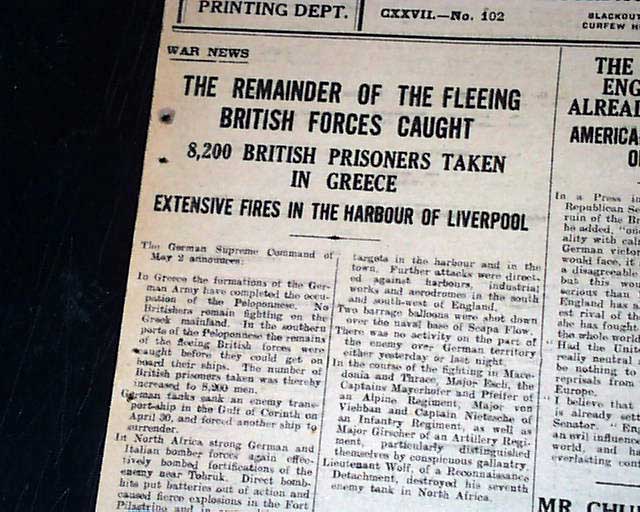 Among the front page reports are: "The Remainder Of The Fleeing British Forces Caught" "8,200 British Prisoners Taken in Greece" "The Fate of England Is Already Seettled" "Mr. Roosevelt's Bellicose Tendencies" and more.
Four pages, great condition.