Home > Back to Search Results > Salaries for officers of the federal government...
Click image to enlarge 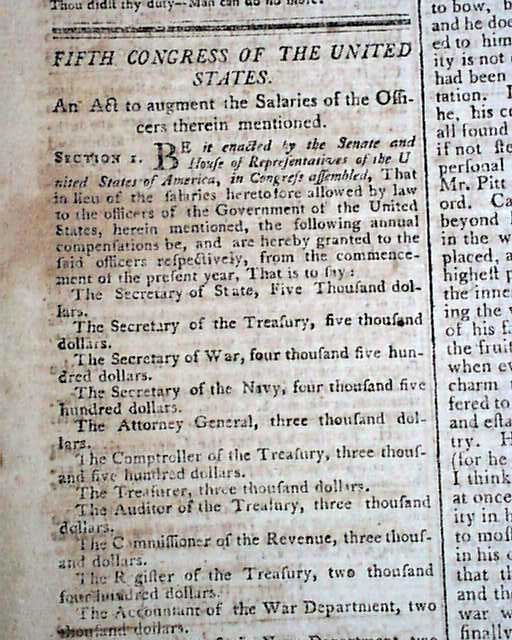 Salaries for officers of the federal government...

The back page has: "An Act to Augment the Salaries of the Officers Therein Mentioned" which has a list of key positions including their salaries, signed in type by the President: John Adams. A few include: Sec. of the Treasury, $5,000; Sec. of War, $4,500, The Postmaster General, $3,000, etc.
Four pages, various foxing, otherwise good.