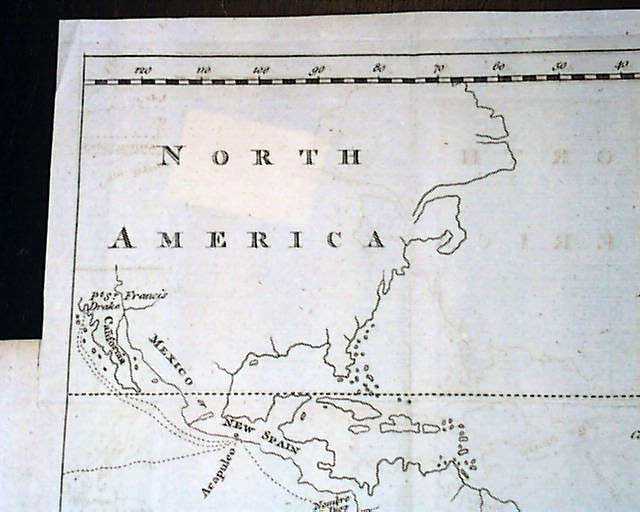 Certainly the prime feature of this issue is the nice foldout map which accompanies the lengthy article: "Epitome of Lieut. Cooke's Voyage Round the World", showing most of North America, all of South America down to Cape Horn, and even portions of West Africa, Spain, France & England. Notice the shape of Florida & California. This map folds out to 9 3/4 by 11 1/2 inches, very nice condition with a bit of light foxing at a fold.
The article takes nearly 7 pages and begins: "The voyage abounds with so many interesting & entertaining particulars, relative to new discoveries, that in our epitome we have but slightly touched on what is said of the more known parts of the world, yet, in justice to the voyagers, we must add that their observations & descriptions throughout are equally new & curious & that there is not, in any language, a voyage so full of variety & so elegantly written..." with much, much more (photos show only the beginning). The travelogue continues in future issues.
Included in the "Historical Chronicle" near the back is a lengthy letter signed in type: B. Franklin, as agent for the colony of Massachusetts Bay, concerning dueling. Also under "American News" is a report noting: "...vessels belonging to that port who refused to take on board from the East India Company a quantity of tea on which a drawback had been allowed in England and duty payable on importation in America...". The next month's issue would report the Boston Tea Party.
Included the other plate called for.
Complete in 48 pages, 5 by 8 inches full title/content page featuring an engraving of St. John's Gate, nice condition. 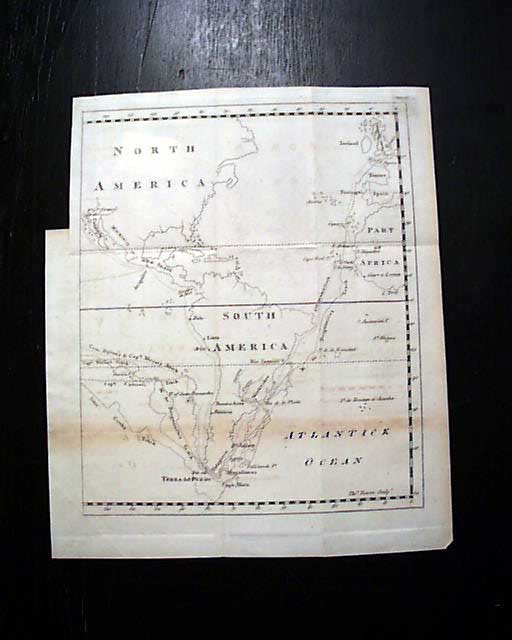 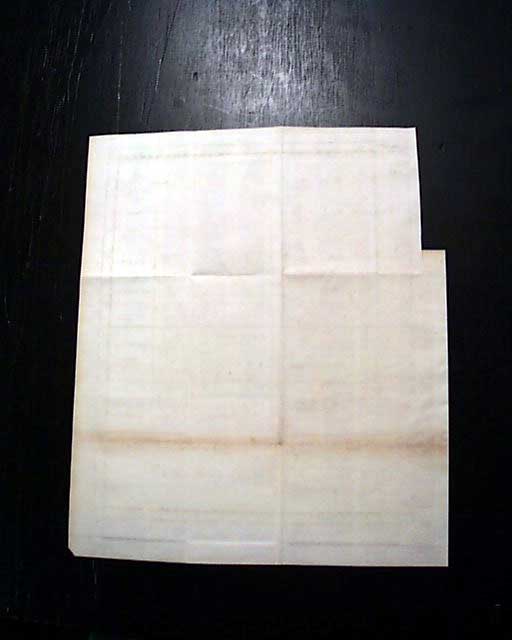 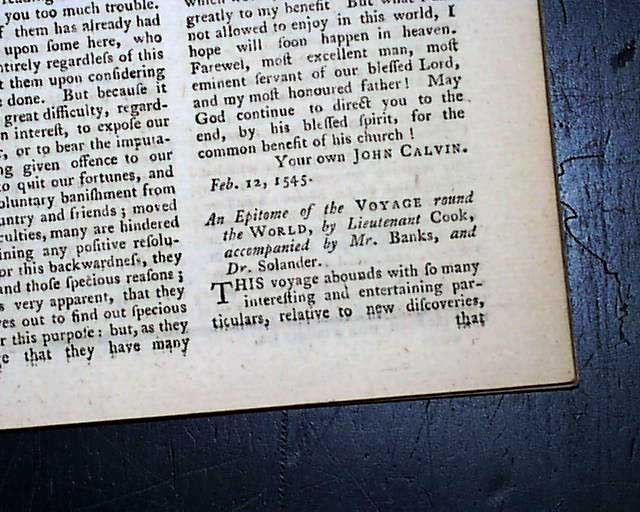 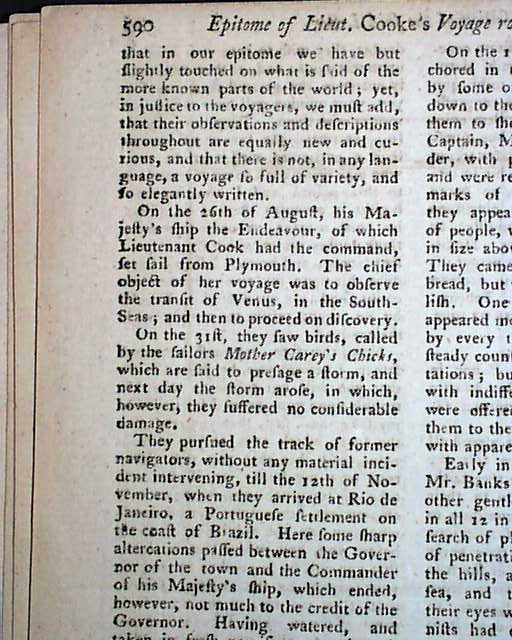 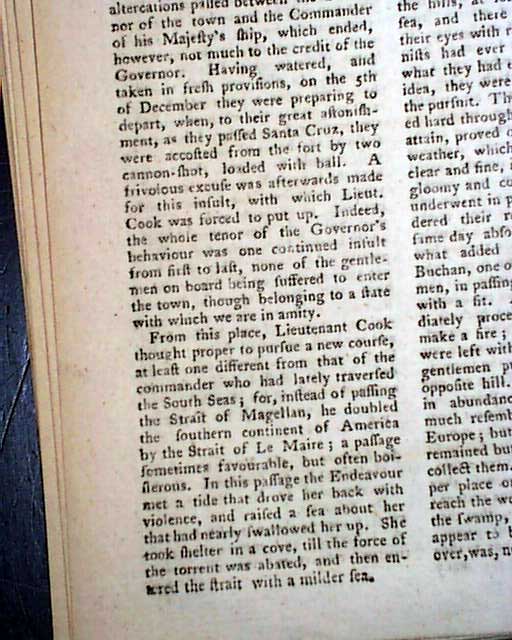 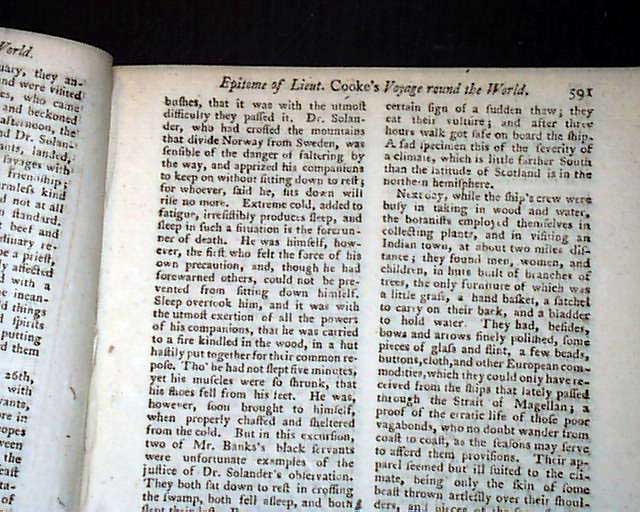 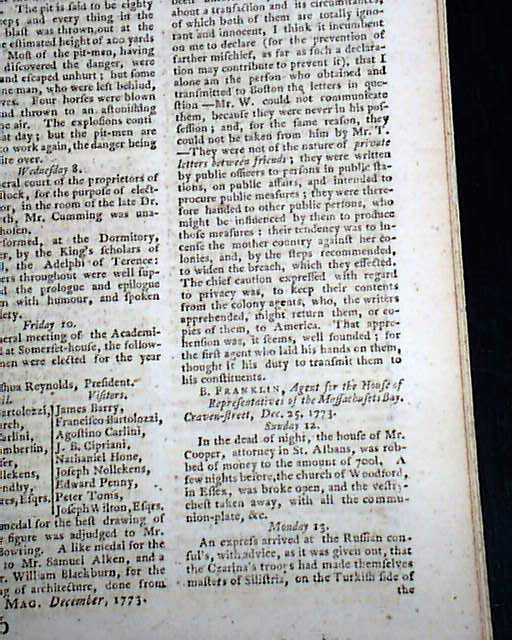 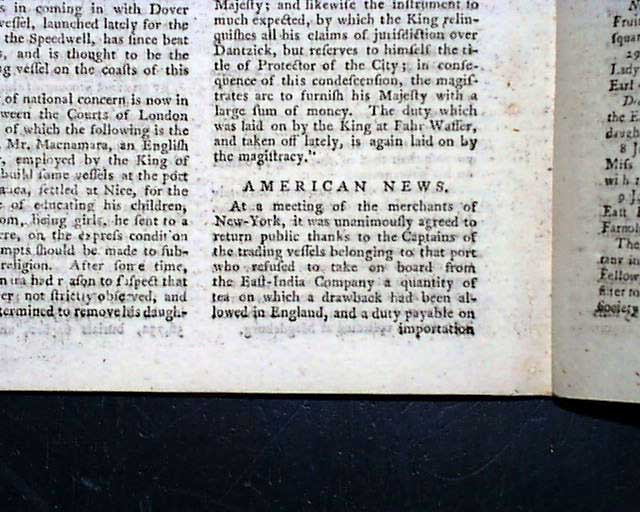 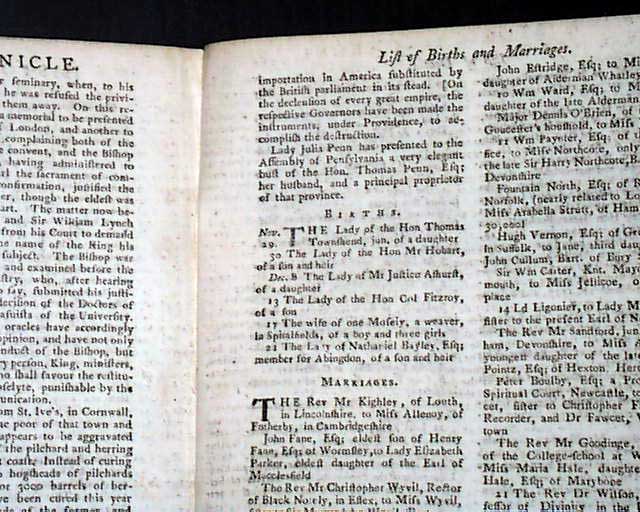 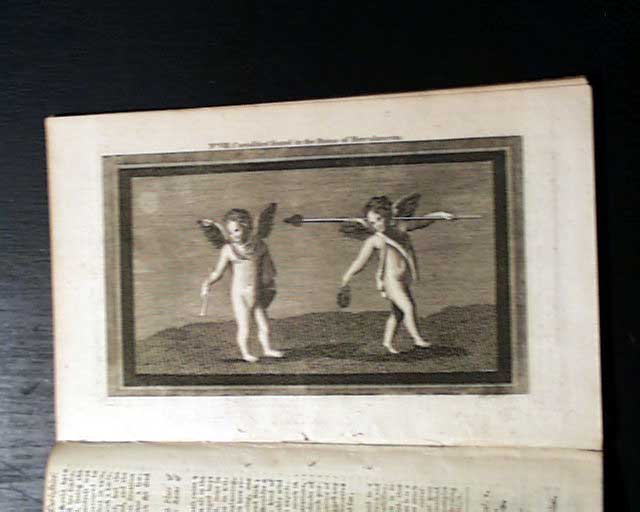 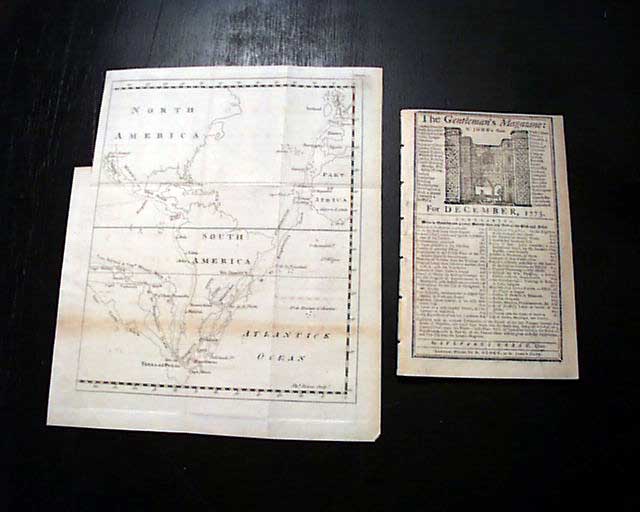