Home > Back to Search Results > Rare Texas newspaper from during the Civil War...
Click image to enlarge 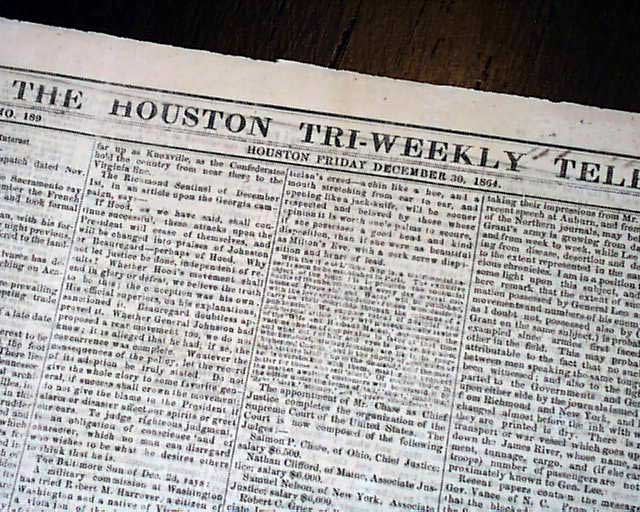 Rare Texas newspaper from during the Civil War...

Newspapers from Texas are very uncommon especially from before or during the Civil War.
Quite lengthy and beginning on pg 2 is: "Wheeler's Last and Greatest Raid". It concludes on pg. 3. Page 3 has a detailed advertisement with the names and descriptions of thirty Negroes being offered for sale, including two young children (ages 2 & 3).
The back page has the lyrics of a tune called "Hood's Old Brigade". Minor war reports and other war-related content and ads.
Complete in four pages, archivally rejoined at the spine, there some text loss at the spine caused when the issue wa at one time separated, which includes some loss to the Wheeler article. There are other non-archival tape mends, mostly near the spine margin and which cause no loss of readability.