Home > Back to Search Results > The capture of St. Lucia...
Click image to enlarge 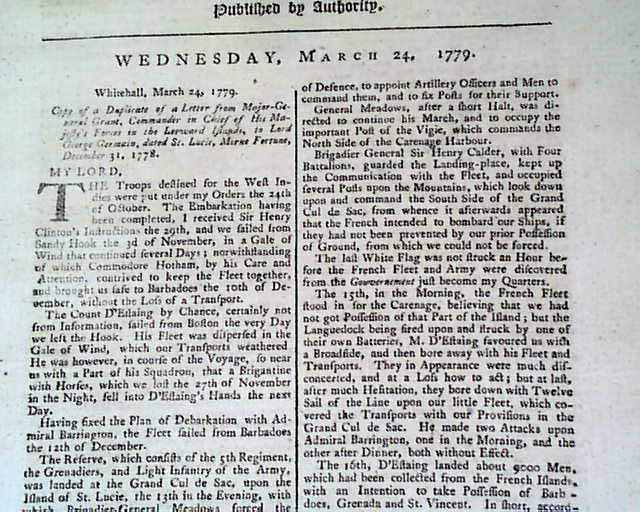 The capture of St. Lucia...

This "Extra" issue was published exclusively to report on the Siege of St. Lucia in the Caribbean, which begins with a letter from Major General Grant, commander of the British forces.
Included also are the: "...Articles of Capitulation between Major General Grant & the Hon. Rear-Admiral Barrington and  the Chevalier de Micoud..." governor of the French island of St. Lucia. Various related letters as well.
Eight pages, 7 3/4 by 12 inches, red tax stamp on the ftpg., very nice condition.