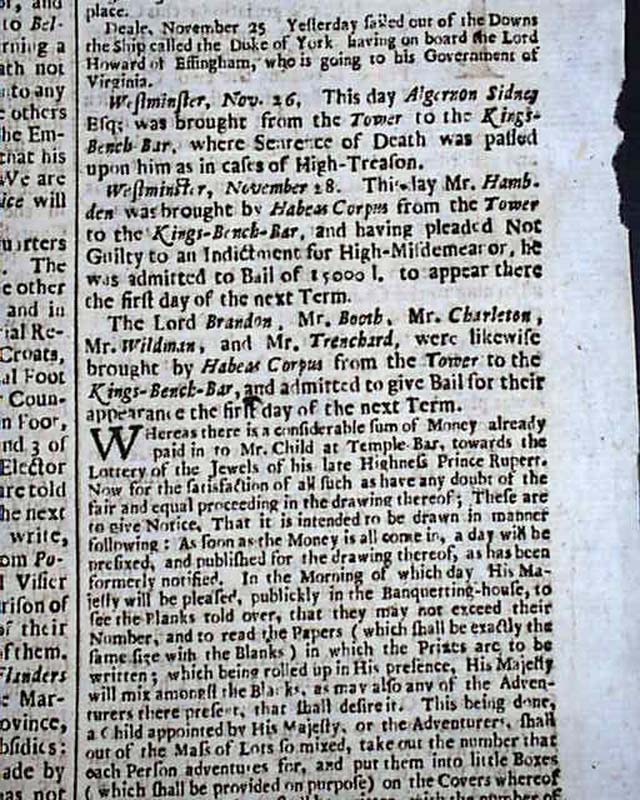 Page 2 contains a report from Westminster reading: "This day Algernon Sidney Esq., was brought from the Tower to the King's Bench Bar, where sentence of Death was passed upon him as in cases of High Treason." He would be beheaded in a few days. Sidney was much involved in the military & politics, ultimately to be implicated in the Rye House Plot.
Single sheet issue, 6 1/2 by 11 inches, very nice condition.