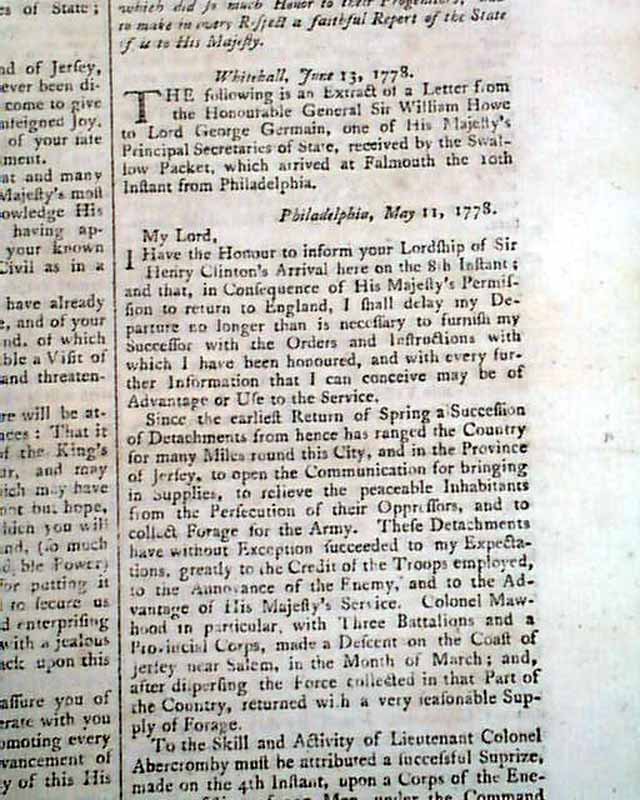 The ftpg. has a letter form General W. Howe to Lord George Germain datelined from Phila., May 11, 1778. A few bits include: "...honour to inform your Lordship of Sir Henry Clinton's arrival here...Since the earliest return of Spring a succession of detachments from hence has ranged the country for many miles this city & in the province of Jersey...to relieve the peaceable inhabitants from the persecution of their oppressors..." and much more, carrying over to pg. 2 where it is signed in type: W. Howe. Howe was leaving America to return to England, Clinton being his replacement.
Page 2 has a"Report" from John Maitland concerning naval events in the Delaware River, which includes a: "List of Ships, Vessels, etc. burnt on the 8th & 9th.". This is followed by the: "Report from Captain Henry" which reports on military action near the Delaware, White Hill and Bordentown,
Eight pages, 8 by 12 inches, red tax stamp on the ftpg., nice condition.