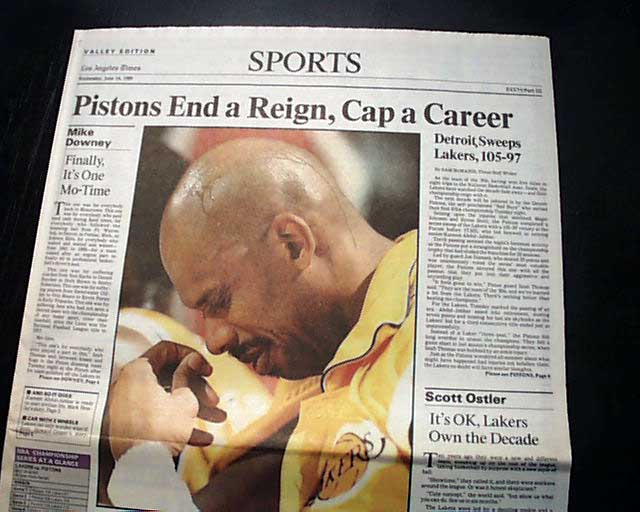 The front page has a thrree column photo with heading: "Lakers and Kareem Bow Out" (see) The front page of the sport's section has a banner headline: "Pistons End a Reign, Cap a Careeer" with subheads and photo of Jabbar after the game. More on the following pages. Great to have in this famous L.A. publication.
Complete 1st and sport's sections only (36 pages total), nice condition.