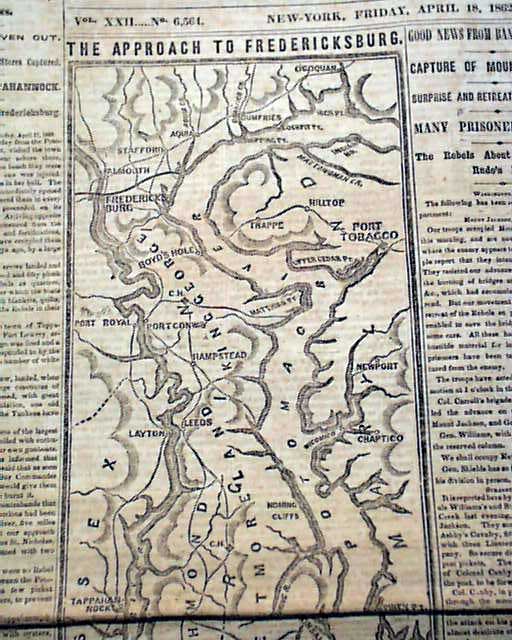 Certainly the prime feature of this issue are the two Civil War maps, one on the front page headed: "THE APPROACH TO FREDERICKSBURG".
Among the many front page one column heads on the war are: "Expedition Up The Rappahannock", "The Rebels Driven Out" "Occupation of Tappahannock" "The Rebels Evacuating Fredericksburg" "Capture of Mount Jackson" "Surprise & Retreat of the Rebels" "More Rebel Boasting" "Rebels Driven From Their Works" and more.
The other map is on the back page headed: "Map of New Orleans & The Mississippi Delta" which has much detail. Back page Civil war heads relating to the map as well.
Eight pages, never bound nor trimmed, minor foxing, crease at the center.