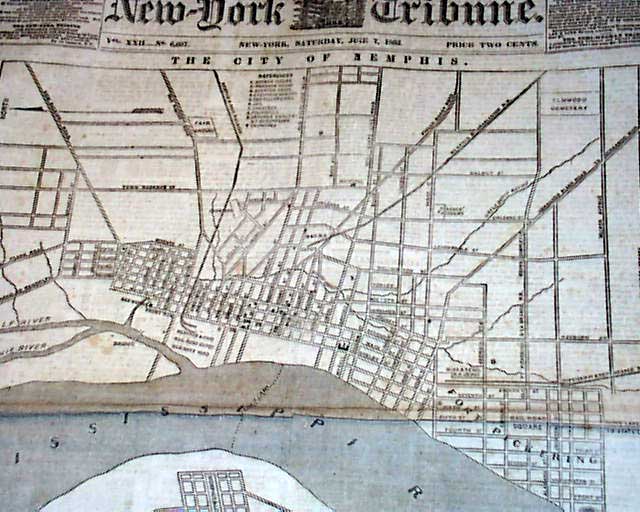 The front page is dominated by a huge map headed: "THE CITY OF MEMPHIS" which consumes three-quarters of the page. The map is quite detailed with streets labeled.
Among ftpg. column heads on the Civil War: "Fort Pillow Evacuated" "Fort Randolph Deserted" "Our Troops In Possession" "The Rebel General Johnston Mortally Wounded" "Rebel Loss Estimated at 10,000" and more.
Eight pages, never bound nor trimmed so it folds out to one large sheet, minow margin wear, crease at the center, good condition.