Home > Back to Search Results > Washington responds to criticisms of the Jay Treaty...
Click image to enlarge 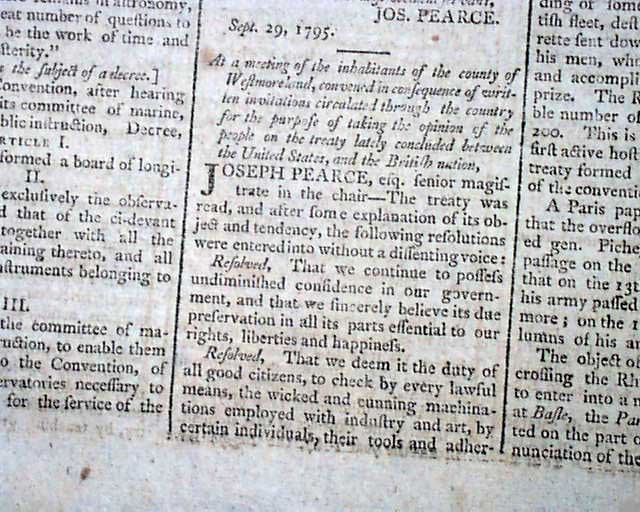 Washington responds to criticisms of the Jay Treaty...

Page 3 has a letter from the county of Westmoreland to the President complaining about the terms of the Jay Treaty, followed by his response in which he notes: "...my deliberate opinion that in ratifying the treaty I had consulted the true interests of my country...". It is signed in type: Go. Washington.
Four pages, great condition.