Home > Back to Search Results > Death of the famed George Bernard Shaw...
Click image to enlarge 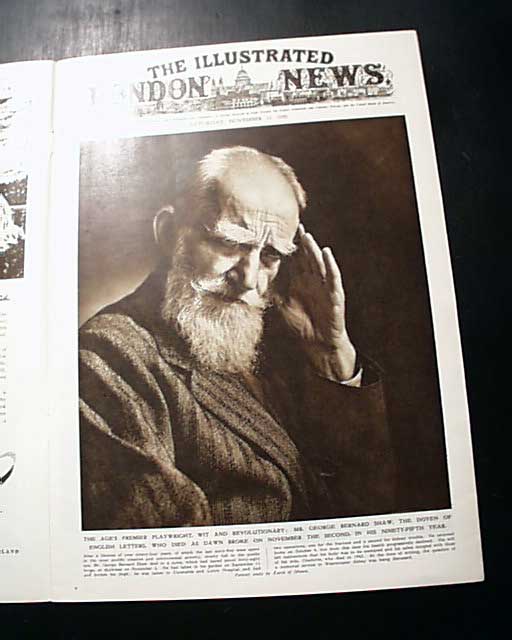 The entire inside front page is taken up with a photo of George Bernard Shaw, with the caption beginning: "The Age's Premier Playwright, Wit and Revolutionary: Mr. George Bernard Shaw, the Doyen of English Letters, Who Died as Dawn Broke on November the Second, in this 95th Year.". Pages 2 & 3 have many photos from his life. Great to have this report in a British newspaper.
The doublepg. centerfold is a color print of Venice.
Complete issue, with the original outer wrappers, great condition.