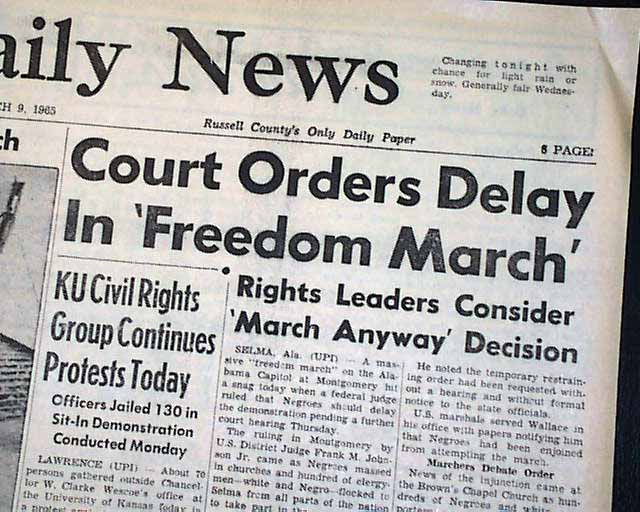 The top of the front page has a a three column headline: "Court Orders Delay In 'Freedom March'" with subhead. (see) This was the 2nd attempt to march to Montgomery which ended up in failure.
Complete with all 6 pages, a few small binding holes along the spine, nice condition.