Home > Back to Search Results > Full page engraving of the King's heart... Much on the situation in America...
Click image to enlarge 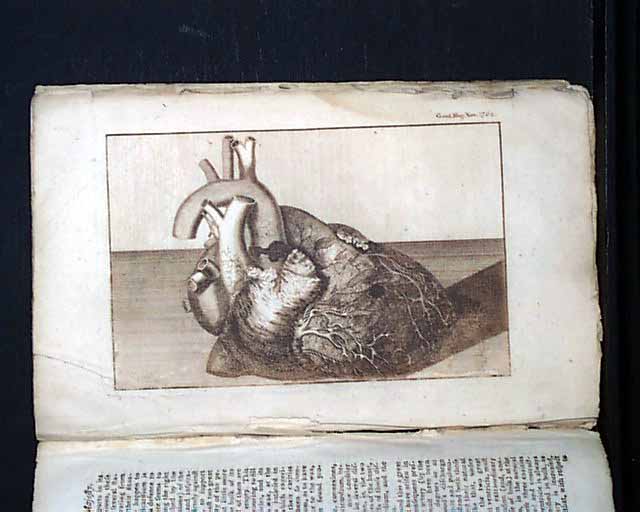 Full page engraving of the King's heart... Much on the situation in America...

Item # 662795 THE GENTLEMAN'S MAGAZINE, London, November, 1762  Perhaps the most intriguing item in this issue is a nice, detailed engraving of the heart of George II, the late king of England who recently died. As the magazine describes it as: "...an anatomical representation of the Heart of his late Majesty, as it appeared upon opening his Body, in the presence of his Majesty's Physicians, elegantly engraved on Copper-Plate..." . This full page plate is in red ink.
Also, this issue contains Dr. Nicholl's account of the circumstances attending the death of his late majesty with another wonderfully detailed description of the circumstances of the king's death, and the autopsy (see for portions).
There are 4 pages taken up with: "A View of the West Indian and North American Trades" which has much concerning the French & Indian War & its related effects on America.
The other plate called for is lacking.
Complete in 48 pages, wide untrimmed margins, 5 1/2 by 9 inches with a full title/contents page featuring an engraving of St. John's Gate. This is untrimmed and in nice condition. 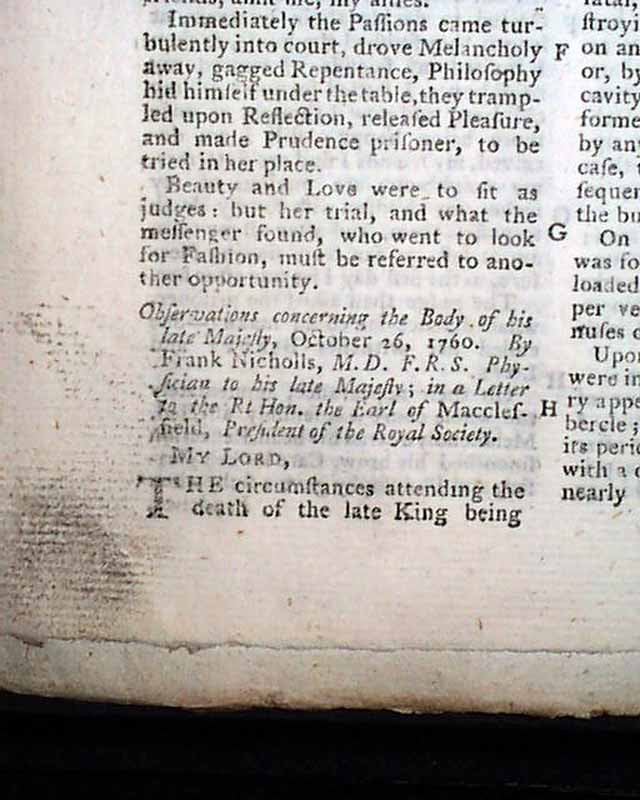 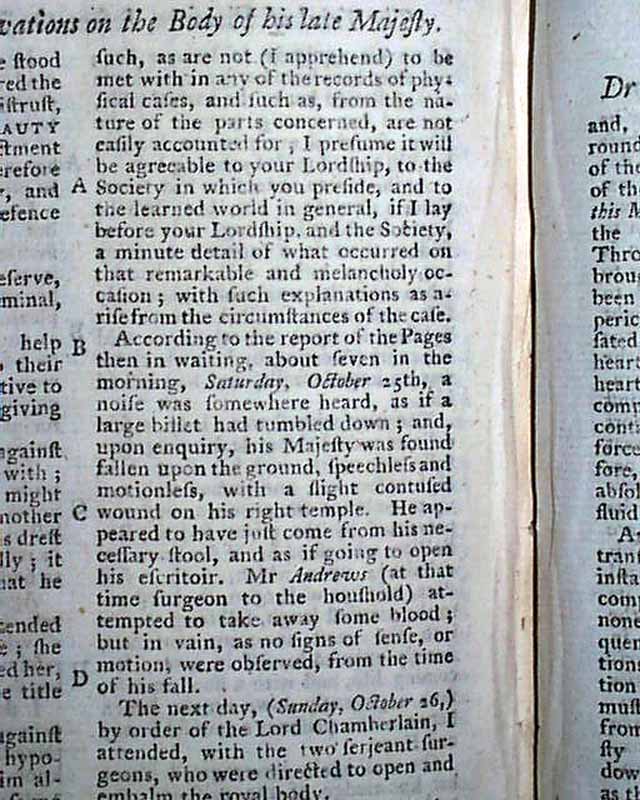 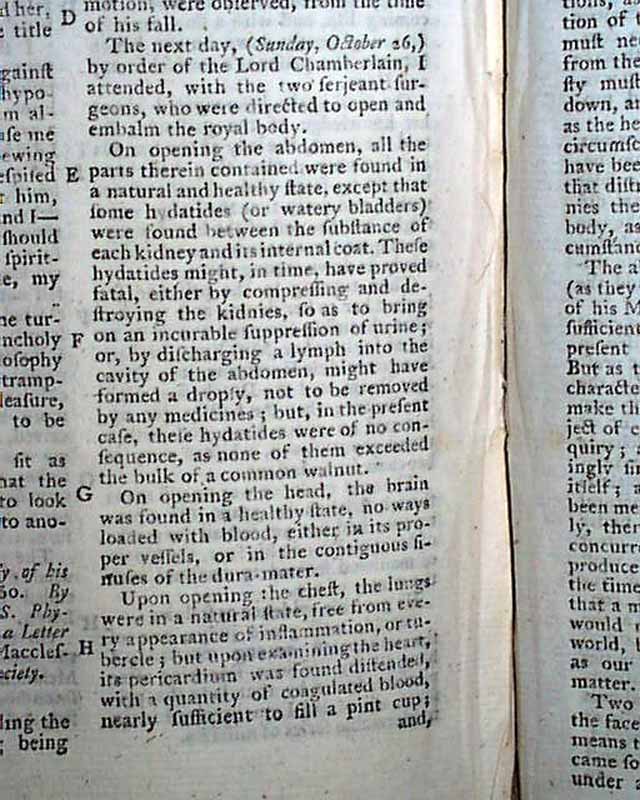 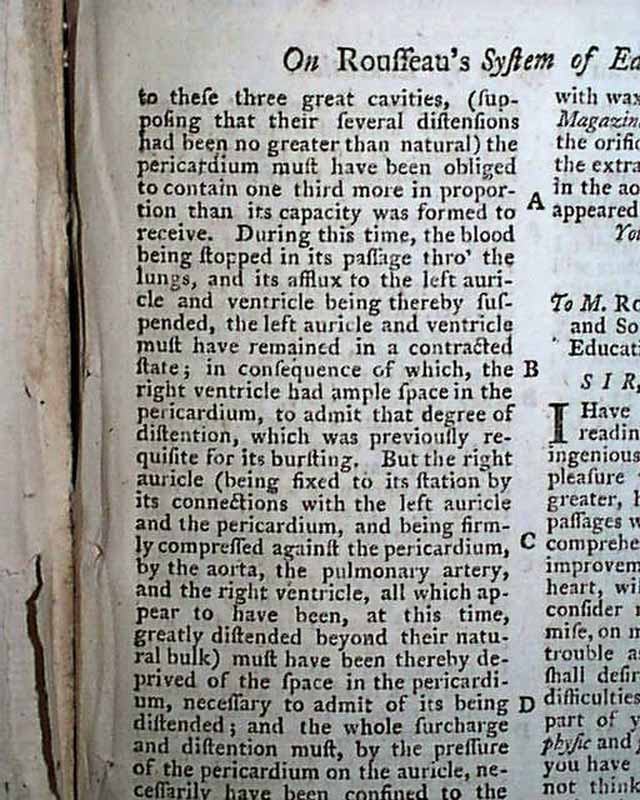 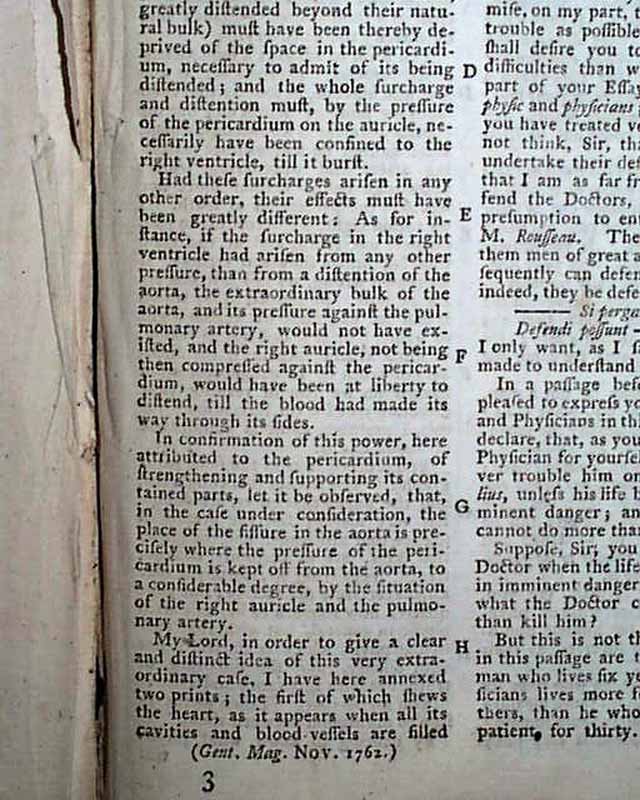 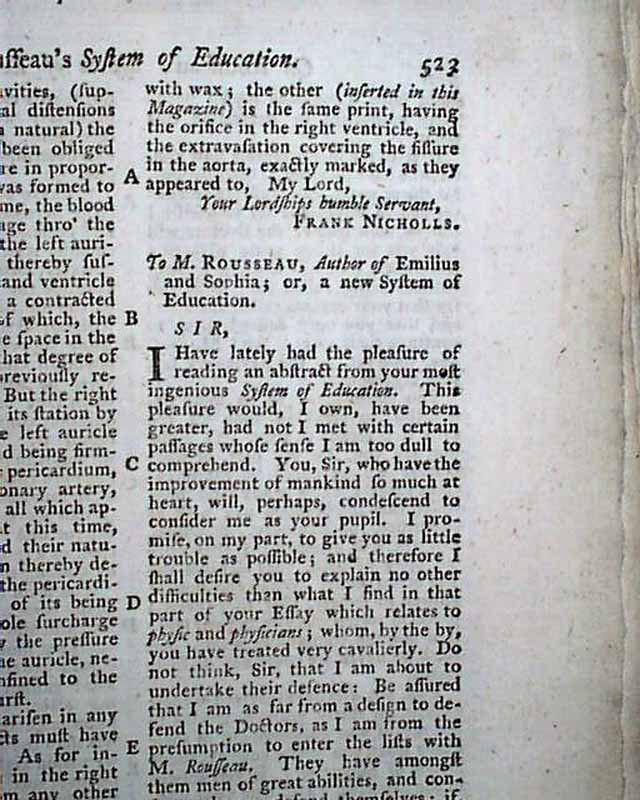 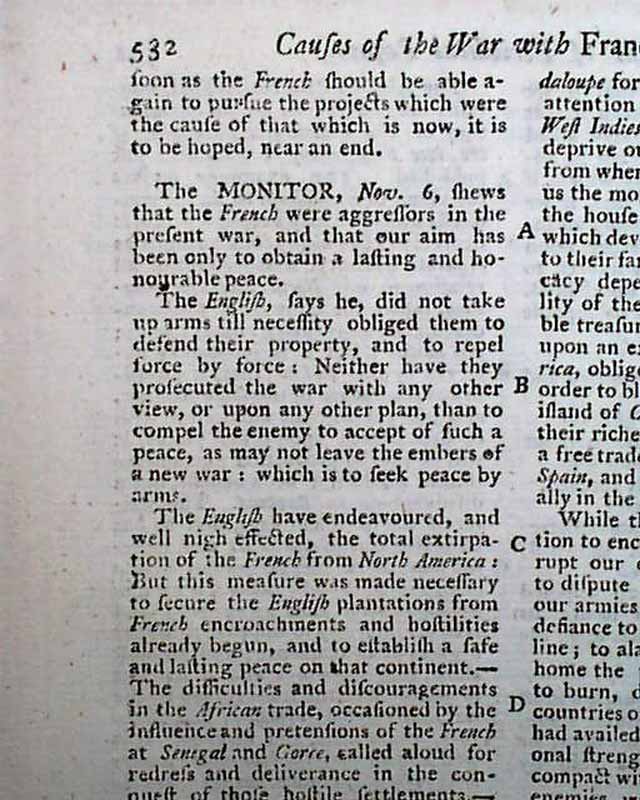 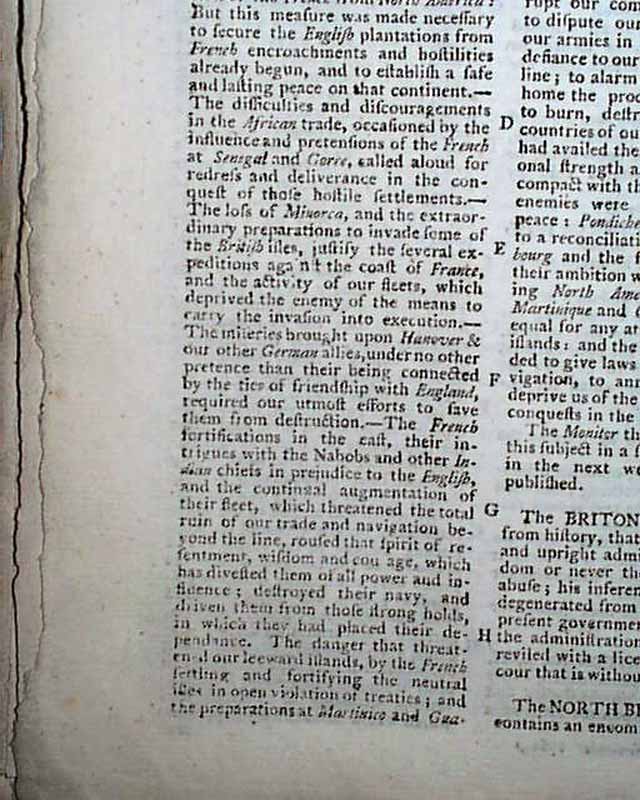 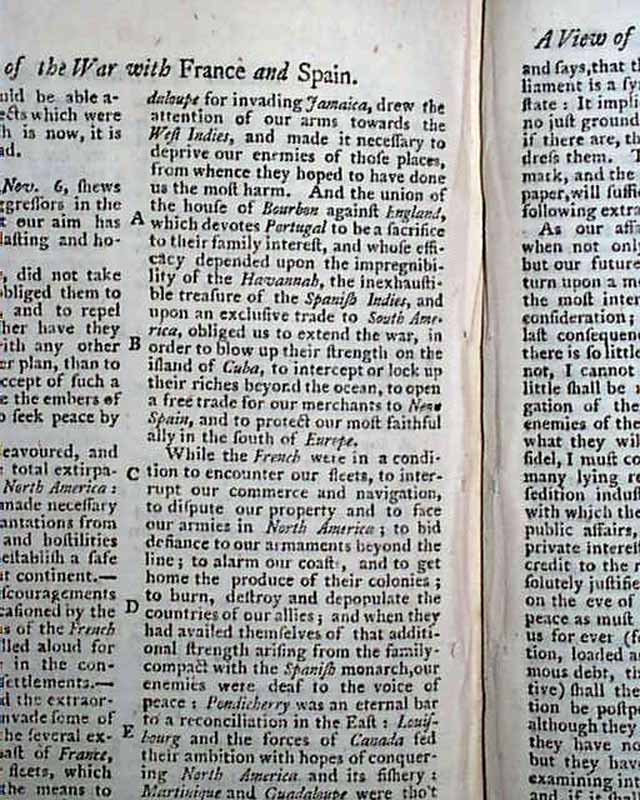 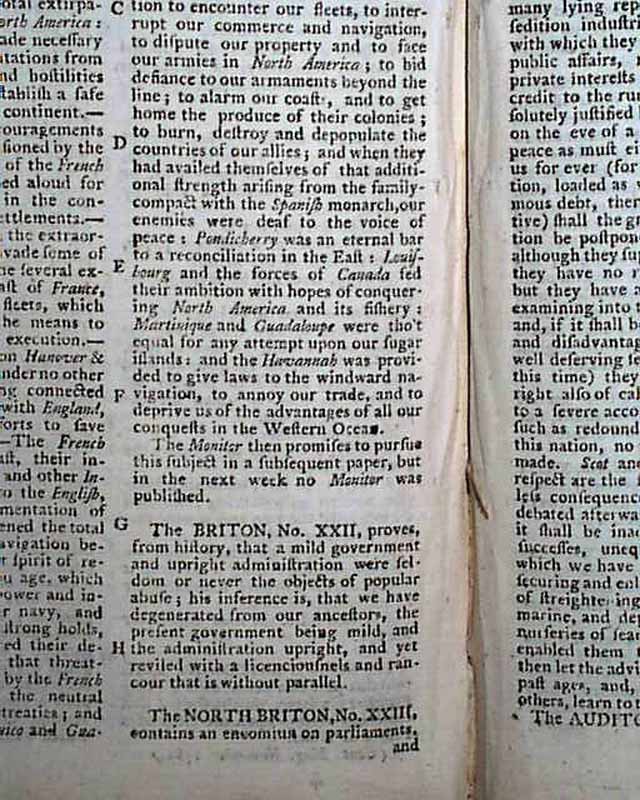 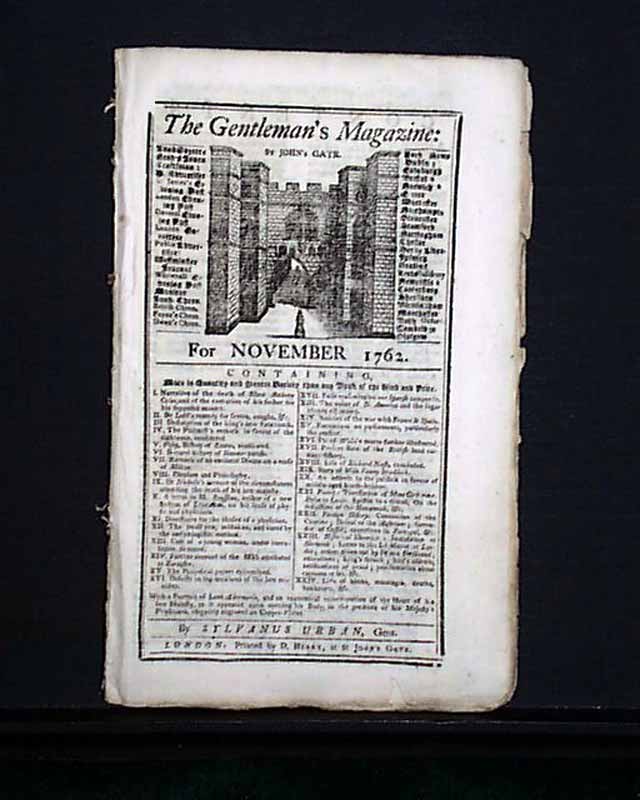