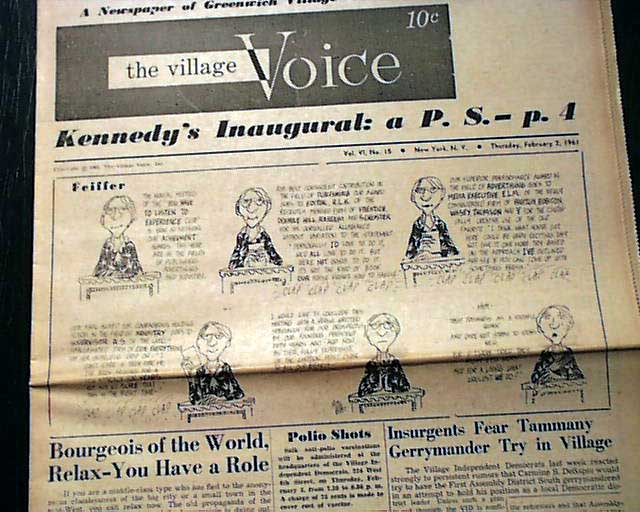 
THE VILLAGE VOICE, New York, Feb. 2, 1961  The top of the front page has a somewhat large cartoon by the noted Jules Feiffer.
Feiffer is an American cartoonist and author who was considered the most widely read satirist in the country. He won the Pulitzer Prize in 1986 as America's leading editorial cartoonist. He became a staff cartoonist for The Village Voice in 1956, where he produced the weekly comic strip titled "Feiffer" until 1997. His cartoons became nationally syndicated.
This is from Feiffer's earlier years with the Village Voice.
Note also the page 11 advertisement for: "Lenny Bruce at Midnight...America's Most Controversial Comedian." appearing at Carnegie Hall, one of his notable appearances. A website notes: "On February 3, 1961, in the midst of a severe blizzard, Bruce gave a famous performance at Carnegie Hall in New York. It was recorded and later released as a three-disc set, titled The Carnegie Hall Concert."
Complete in 16 pages, great condition.
Provenance note: This issue comes from The Village Voice's own archives, part of their in-house collection used to create their digital archive.
Alert: Many issues of The Village Voice contain articles and/or photos which some consider offensive, and are certainly inappropriate for children. Please purchase with discretion. 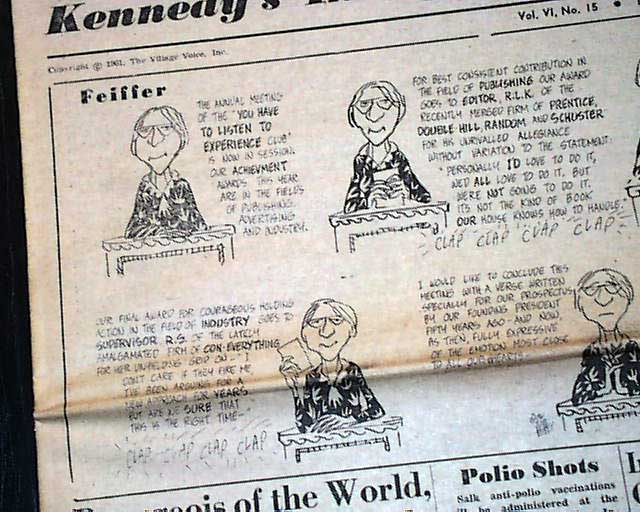 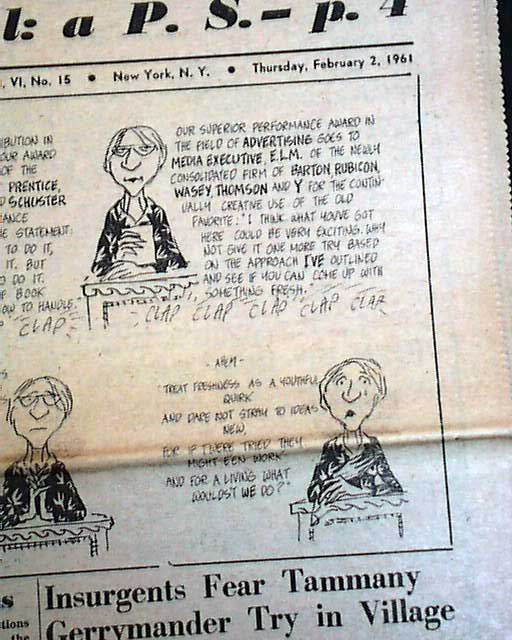 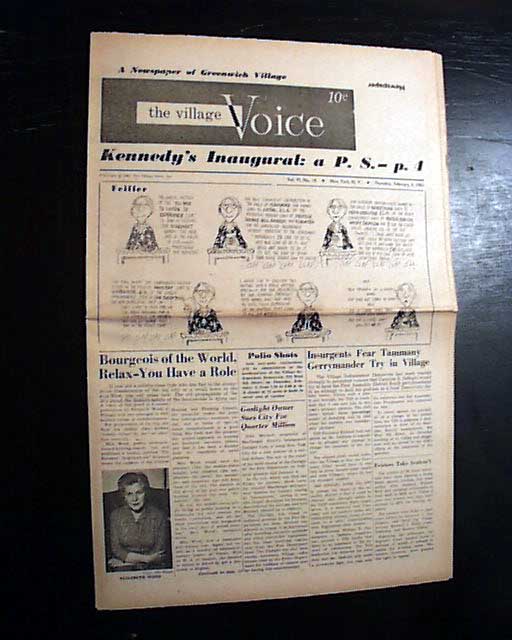 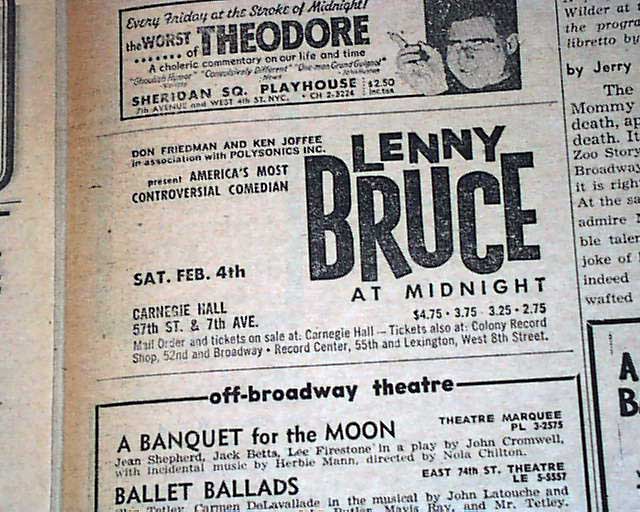 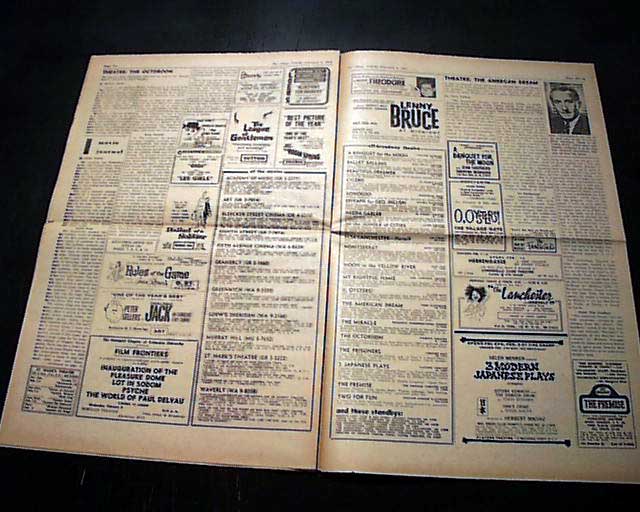 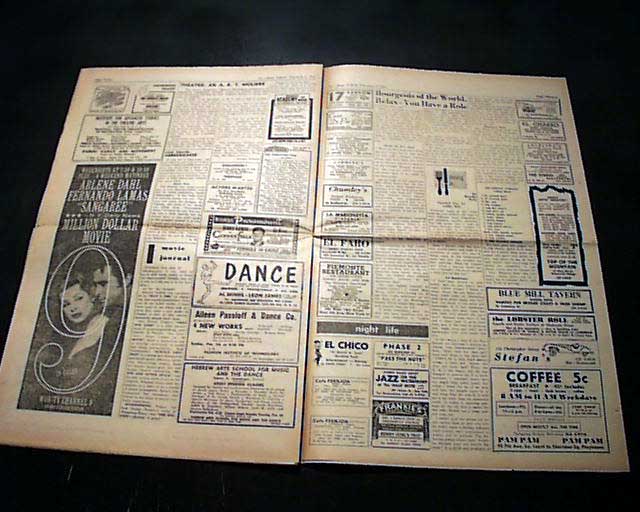 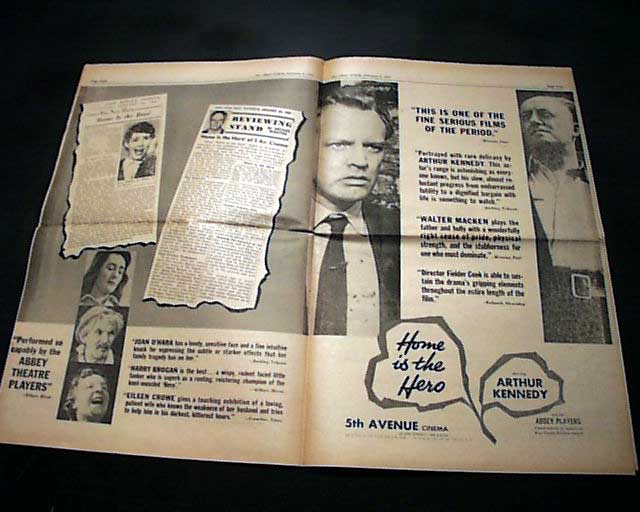