Home > Back to Search Results > 1945 Forward, the Jewish newspaper...
Click image to enlarge 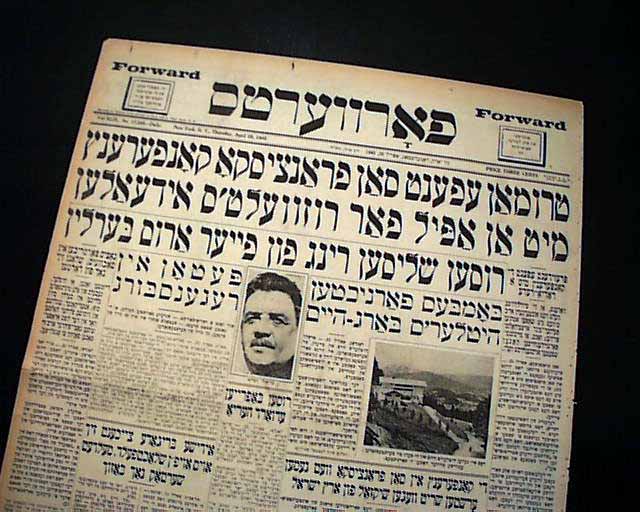 Printed entirely in Yiddish (a high German language of Ashkenazi Jewish origin, which uses the Hebrew alphabet), including the advertisements. Near the end of the World War II in Europe.

We have been told by a reliable source the following: