Home > Back to Search Results > The 1965 Obie Awards: The Village Voice's own...
Click image to enlarge 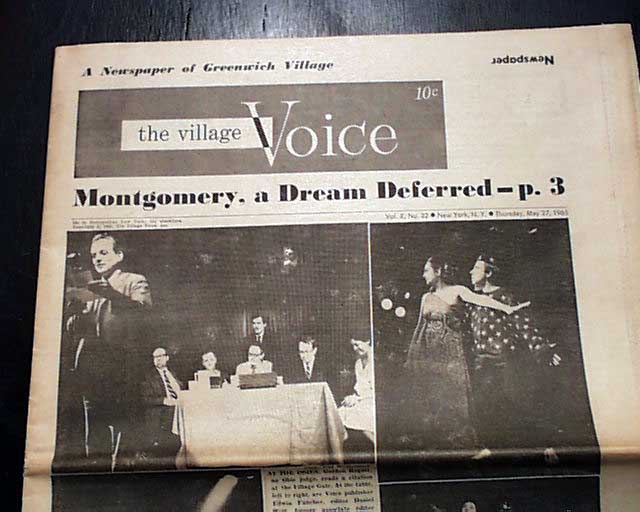 As most might be aware "The Village Voice" was an American news and culture paper, known for being the country's first alternative newsweekly. It introduced free-form, high-spirited, and passionate journalism into the public discourse a tradition it maintained throughout its 60+ year history.
The front page and several pages inside report on the 1965 Obie Awards, the annual Off-Broadway Theater Awards originated by The Village Voice newspaper for theatre artists and groups in New York City.
Among the list of winners are Robert Duvall and James Earl Jones. Such coverage would almost certainly not be found outside of this newspaper.
Complete in 32 pages, tabloid-size, one crease across the center, very nice, clean condition. 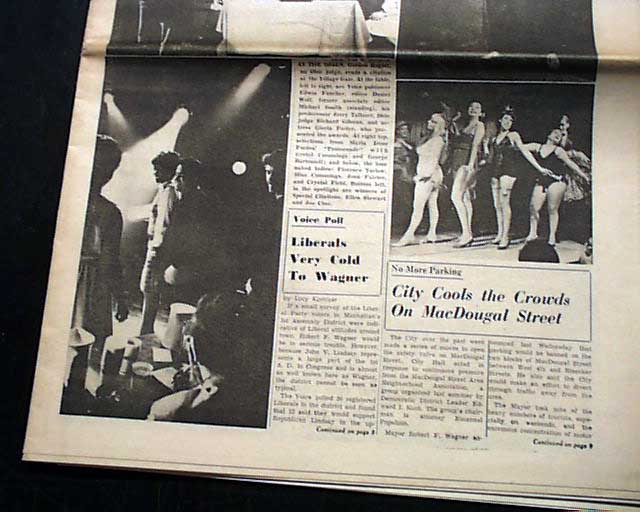 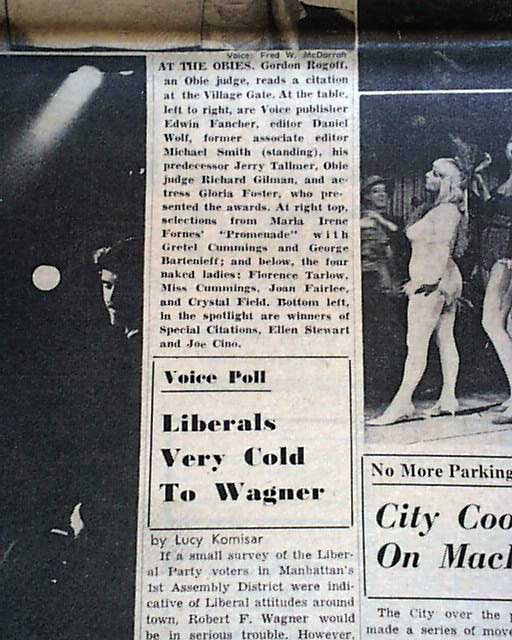 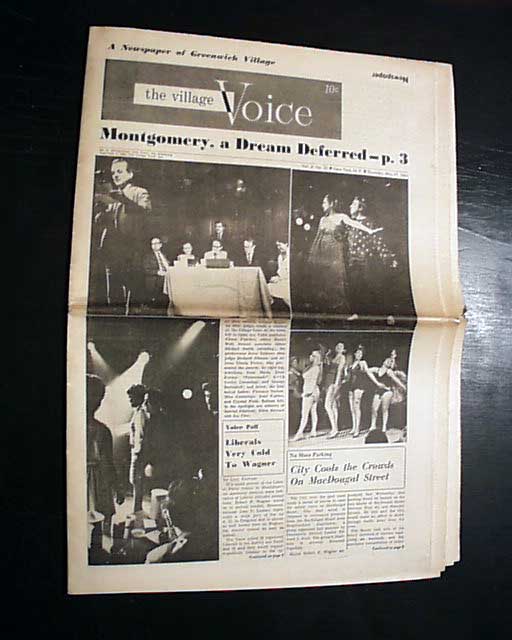 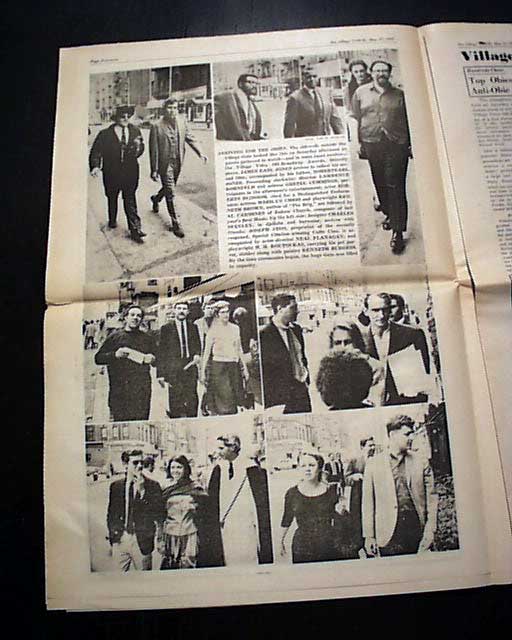 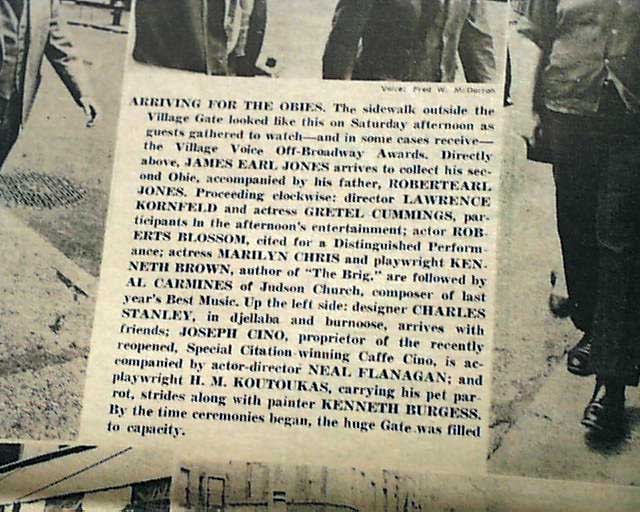 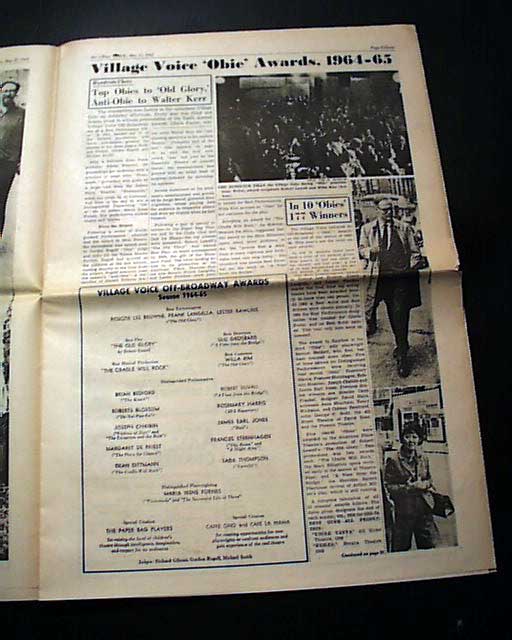 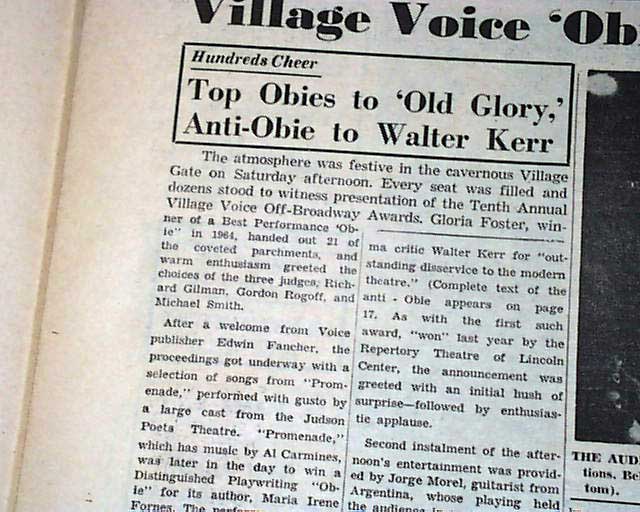 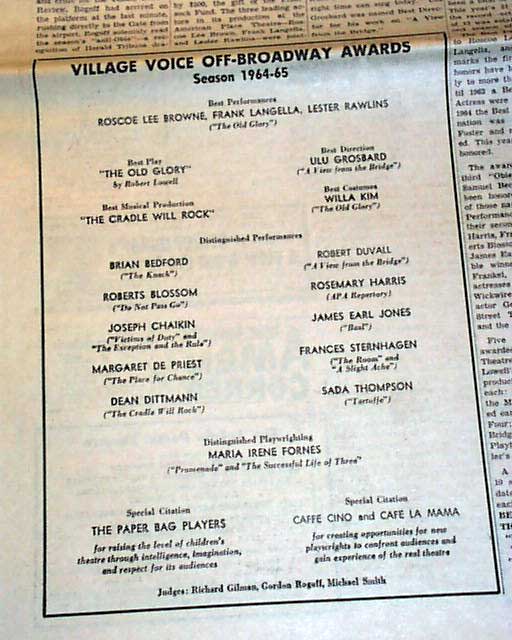