Home > Back to Search Results > Battle of Chattanooga, Tennessee...
Click image to enlarge 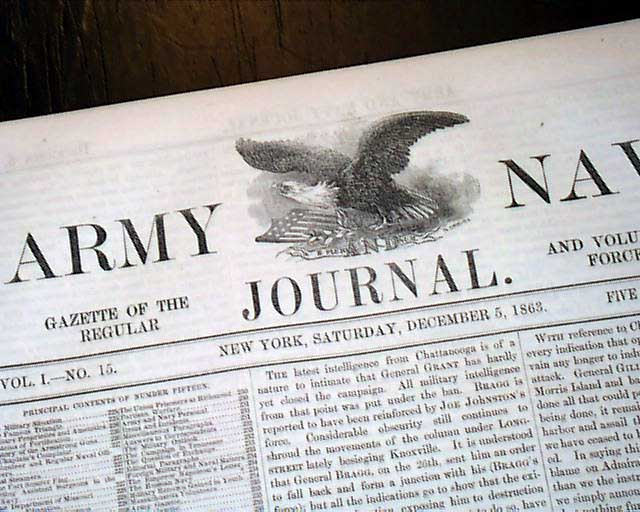 As noted in the masthead this was the: "Gazette of The Regular & Volunteer Forces" and as such is replete with military news of all sorts. Most of the front page is taken up with: "The Military Situation" giving the latest war-related reports. Inside pages contain: "A Chaplain's Complaint" "Volunteer & Regular Navy Officers" "The Department of Missouri" "Casualties in Major-General Grant's Army" "The Victory In Tennessee" which was the battle of Chattanooga; "The Union Prisoners at Richmond" "The Campaign in Tennessee" and much more.
Sixteen pages, 10 by 14 1/3 inches, nice eagle in the masthead, nice condition.