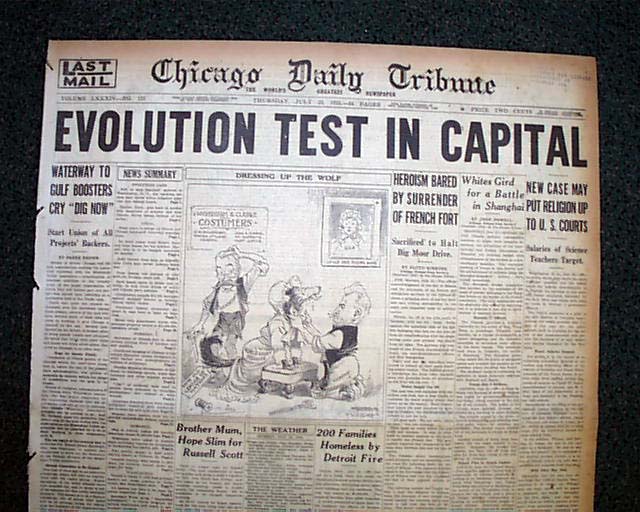 The front page has the full-banner dramatic headline: "EVOLUTION TEST IN CAPITAL," with the subheading: "New Case May Put Religion Up To U.S. Courts", which continues on page two. Another "Scopes" article is also found on page 2. The back page has the banner heading: "Foes of Evolution Start New Fight in District of Columbia Courts - Seek to Hold Up Teacher's Pay", with 2 corresponding photos.

Complete in 34 pages, average condition for the era with edge chipping and flaking. Even toning. See images for details.