Home > Back to Search Results > Map of the Shenandoah Valley...
Click image to enlarge 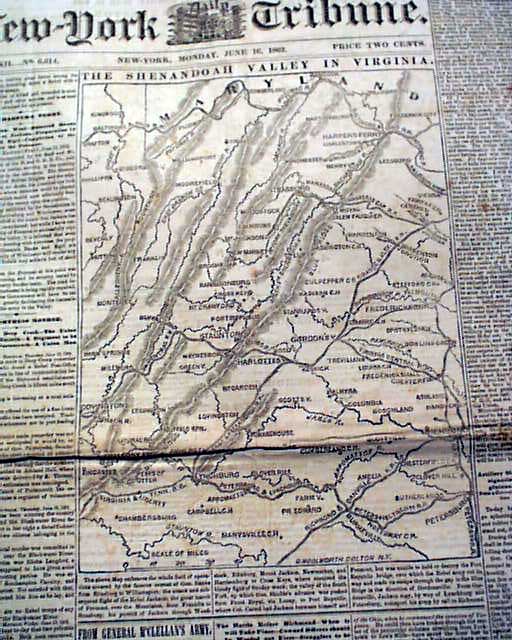 Map of the Shenandoah Valley...


NEW YORK TRIBUNE, June 16, 1862  The front page is dominated by a large and detailed map headed: "THE SHENANDOAH VALLEY IN VIRGINIA". Front page column heads include: "The Battle At Port Republic" "The Most Brilliant Action of the War" "Our Brave Western Men Fight Five Hours Against Five Times their Number" "From General McClellan's Army" "Mysterious Movements of the Enemy" "Rebel Cavalry Going Toward Fredericksburg". Other news and advertisements are within the issue.
Eight pages, never bound nor trimmed, crease at the center, good condition.