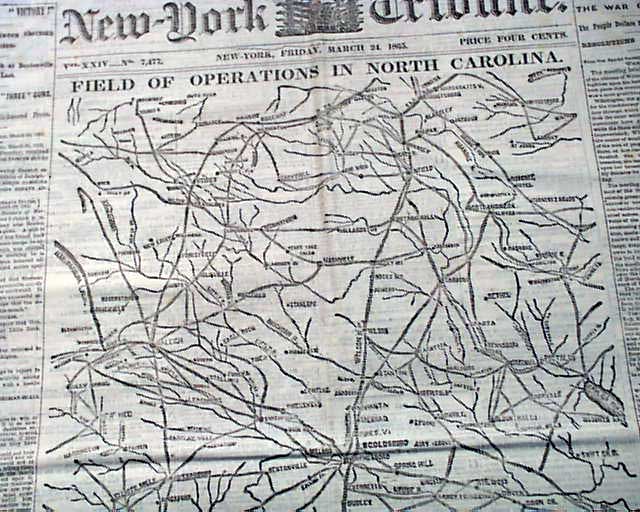 The front page is dominated by a huge Civil War map headed: "FIELD OF OPERATIONS IN NORTH CAROLINA." The balance of the front page is taken up with Civil War reports with heads including: "Another Rebel 'Victory ! ' " "A Engagement Between Sherman & Johnston" "Our Troops Forced Back at Bentonville on Sunday" "The Rebels Capture 'Tree' Guns" "From New Orleans" "From North Carolina" "Wilmington" "Grand Rally For The Union" "The War condemned" and more.
Eight pages, very nice condition.