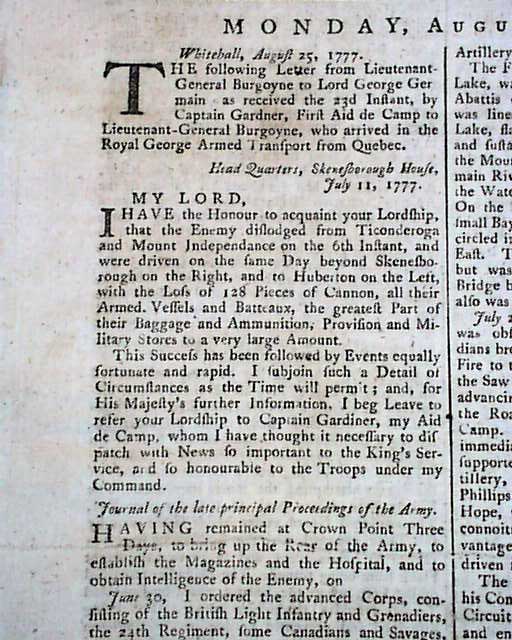 "Extraordinary" issues were printed when notable reports were received outside the normal publishing schedule, created to get the news to the public as quickly as possible.
This issue was printed to report the taking of Ticonderoga by General Burgoyne. Pages 1, 2 and 3 are entirely taken up with the very lengthy & detailed letter signed in type by: J. Burgoyne in which he gives significant detail on his taking of Ticonderoga from American General Arthur St. Clair.
His letter begins: "I have the honour to acquaint your Lordship that the enemy were dislodged from Ticonderoga & Mount Independence on the 6th instant...This success has been followed by events equally fortunate and rapid..." and these introductory comments are followed by the day-by-day account of the siege of Ticonderoga, beginning with June 30 and detailing each day's work through July 10. This is then followed by the: "List of the killed & wounded of the troops under the command of Lieut. General Burgoyne from the 2d of July to the 8th, 1777" which carries over to the back page. Only portions of these reports are shown in the photos.
Also on the back page are reports from Capt. Pearson from off Skensborough, plus a letter beginning: "You will be pleased to inform my Lords commissioners of the Admiralty that the Rebels having abandoned Ticonderoga on the 6th of this month without making any other defence than from two or three of their armed vessels...".
Four pages, very nice condition. 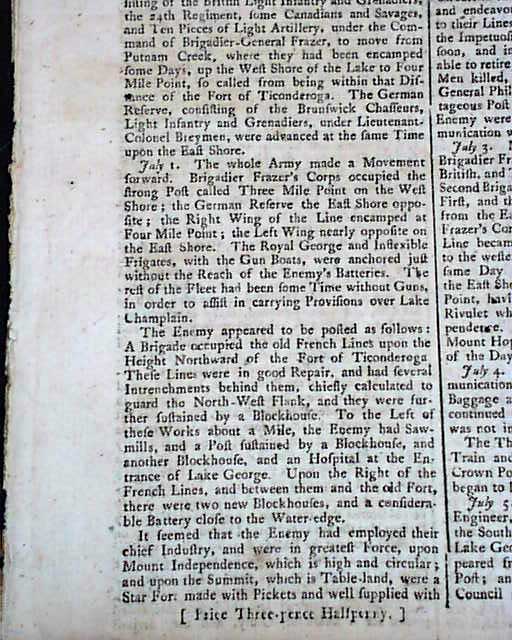 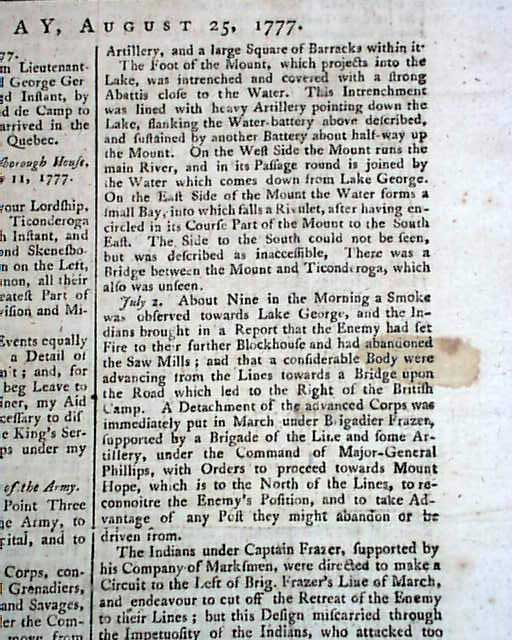 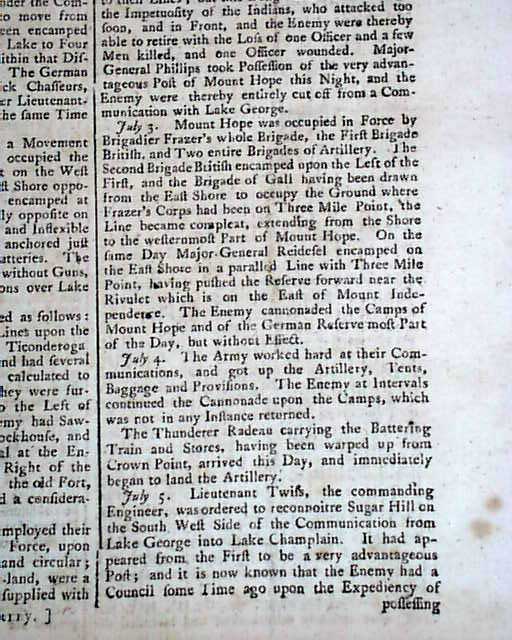 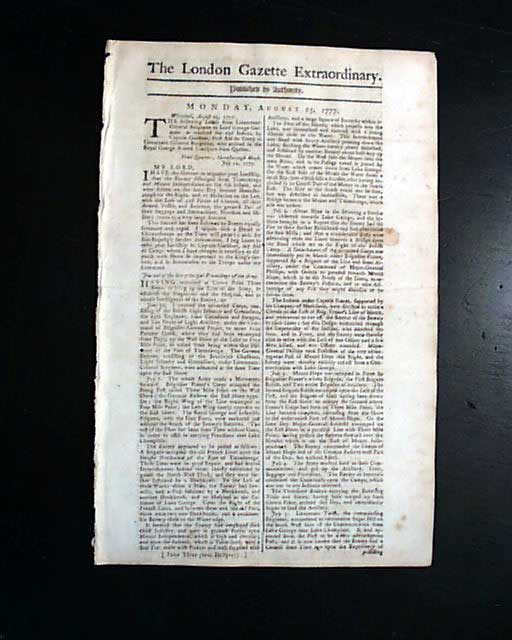 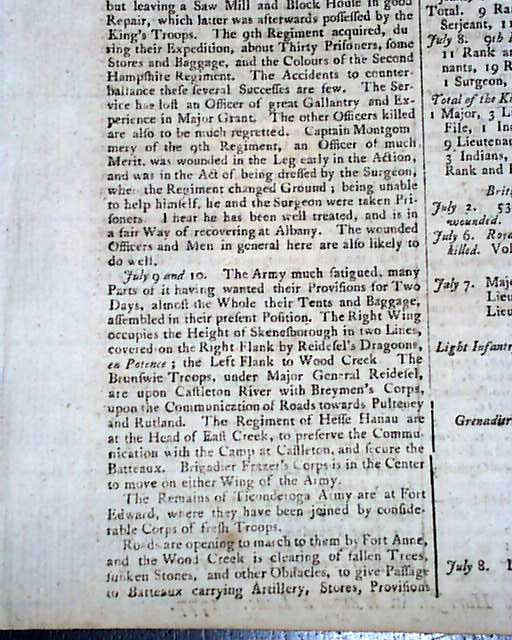 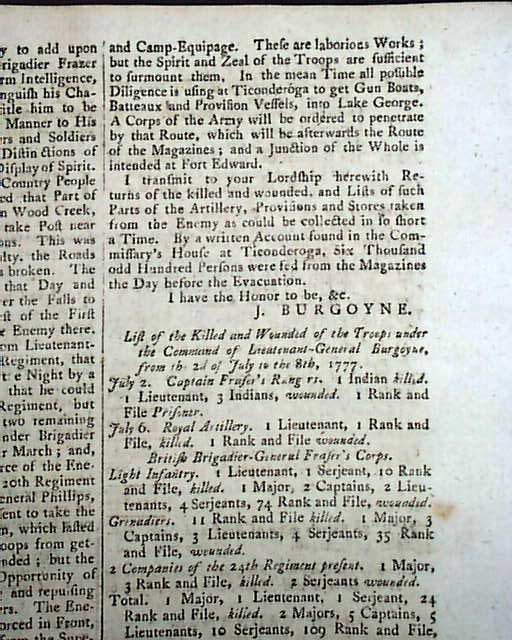 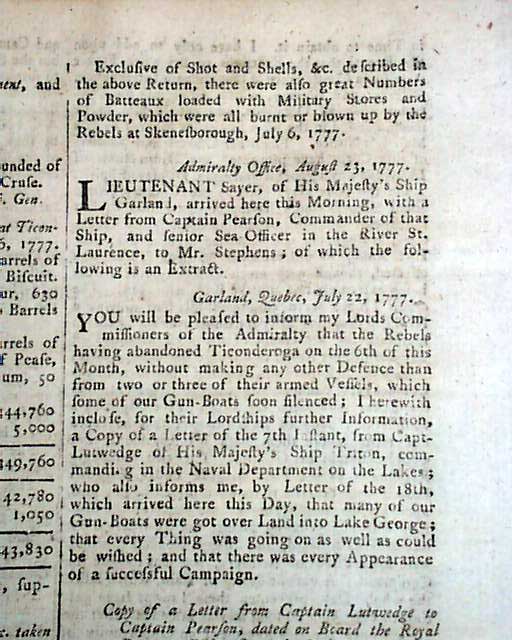 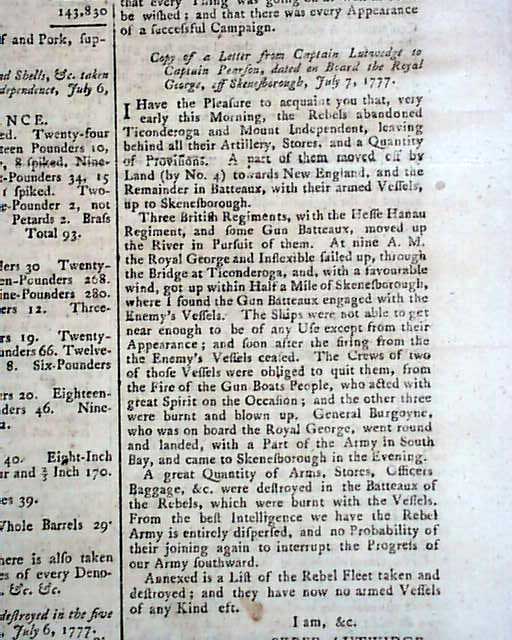