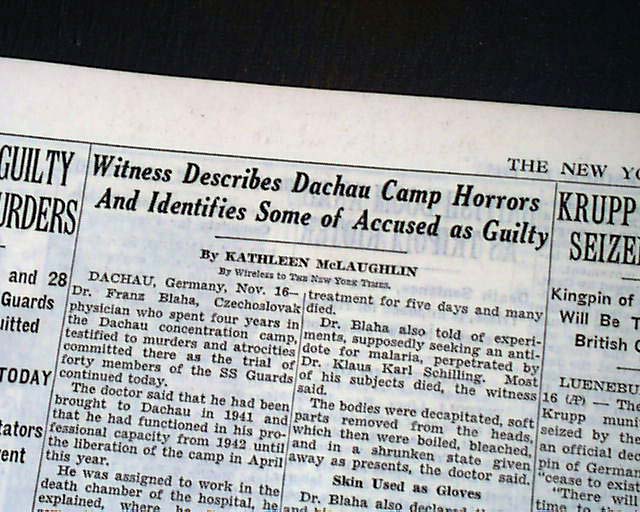 Page 7 has a two column heading: "Witness Describes Dachau Camp Horrors And Identifies Some of Accused as Guilty" (see) Also on the same page is a one column heading: "30 GERMANS GUILTY OF CAMP MURDERS" with subheads. (see)
Other news, sports and advertisements of the day. Complete with all 32 pages, rag edition in nice condition.