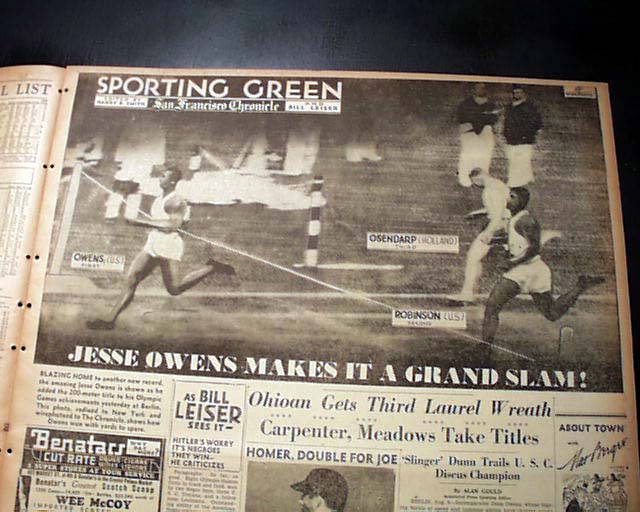 The front page of the sport's section has a great wire photo of Jesse Owens crossing the finish line in the 200 meters with banner heading: "JESSE OWENS MAKES IT A GRAND SLAM!" (see) More on page 25  with heading: "[Black] Wins Sit Sourly With Nazis" and much more.
A sidebar to the Olympic games was Adolph Hitler's refusal to acknowledge the achievements of the African-American athletes, not surprising given his belief that only his superior German Aryan race would dominate at the games.
Complete with all 32 pages, light toning and minor wear at the margins, small library stamp within the masthead, small address label on the front page, small binding holes along the spine, generally nice.