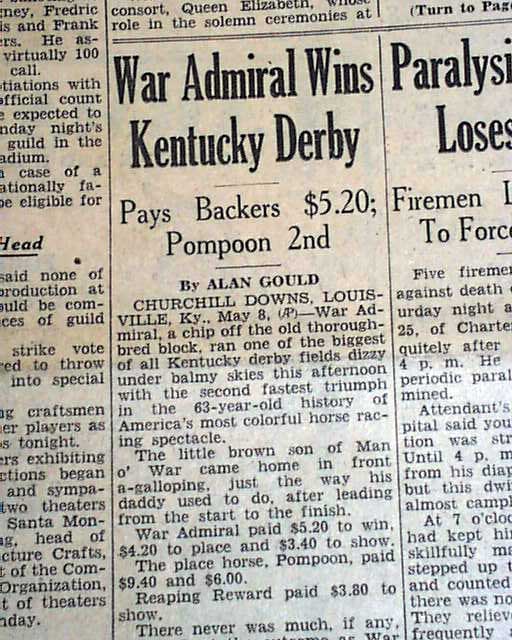 
THE OMAHA BEE-NEWS, Nebraska, a trio of issues dated May 9, 16, and June 6, 1937  Each issue reports one of the triple crown races won by War Admiral: the Kentucky Derby, Preakness, and the Belmont Stakes respectively. See the photos for the coverage and photos of each.
Each issue complete, various tears & some chipping at margins. The May 16 issue has a piece cut from the sports page but not affecting the Preakness report.