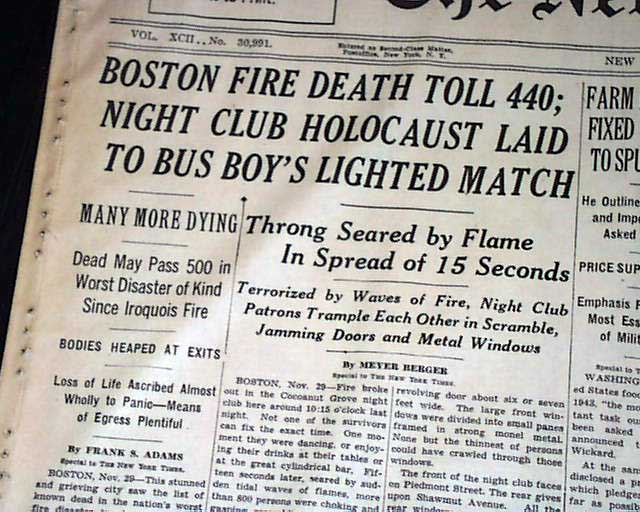 The front page has a three column headline: "BOSTON FIRE DEATH TOLL 440; NIGHT CLUB HOLOCAUST LAID TO BUS BOY'S LIGHTED MATCH" with subheads that include: "Throng Seared by Flame In Spread of 15 Seconds" "Many More Dying" "Bodies Heaped At Exits" and more.
Much more on pages 12 & 13 with great photos of the disaster. Always nice to have notable events reported in this venerable newspaper.
Complete in 40 pages, a little wear at the margins, generally in good condition.

Chloramphenicol is made artificially ...