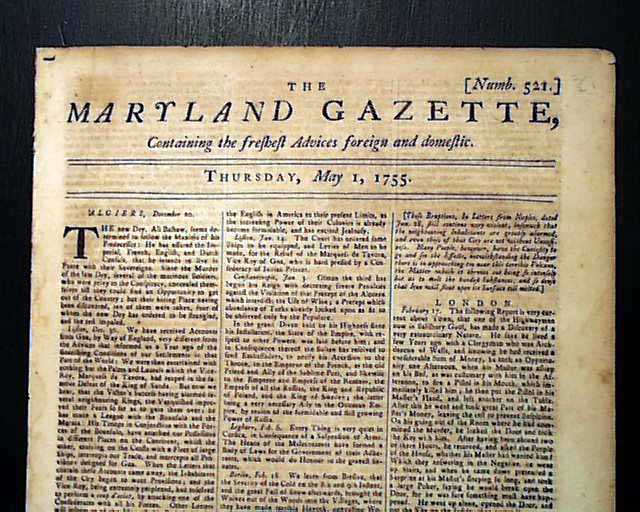 Not only is this a "Southern" title, but also an issue from the French & Indian War.
While most of the news items are European reports, page 2 has a bit of war-related content in a letter from Pennsylvania noting: "We are like to have hot work with the French next summer, for their camp is but 250 miles from the city of Philadelphia, so that probably my future letters may furnish you with this history of a bloody campaign...The French will soon be so strongly fortified on the Ohio  that no force can lead to that country will be able, perhaps, to dislodge them. A trifle of men & money wold have dislodged them when they first settled at Crown Point but now they are too strong to be dispossessed. The same is too like to be the case at Ohio."
The back page is entirely taken up with ads and legal notices, including a nice illustrated ship advertisement.
Four pages, very nice condition.