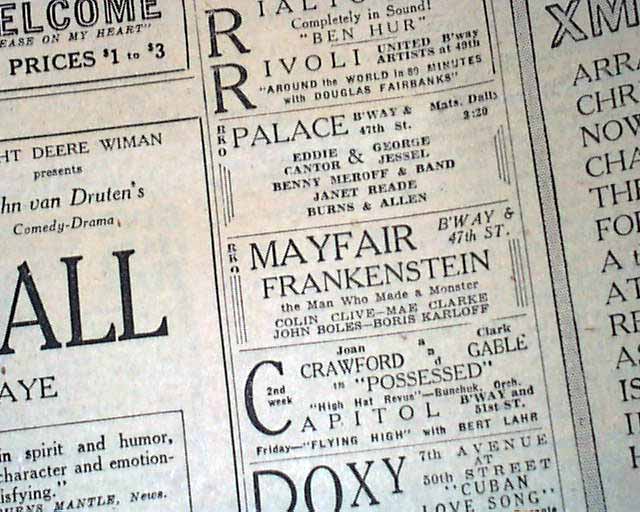 Page 29 has a small and somewhat discrete advertisement for the original "Frankenstein" film starring Boris Karloff. (see) This ad is for the 4th day after the opening in NYC.
News, sports and other advertisements of the day. Complete in 40 pages, light toning and minor wear at the margins, nice condition.

wikipedia notes: The film opened in New York City at the Mayfair Theatre on December 4, 1931, and grossed $53,000 in one week 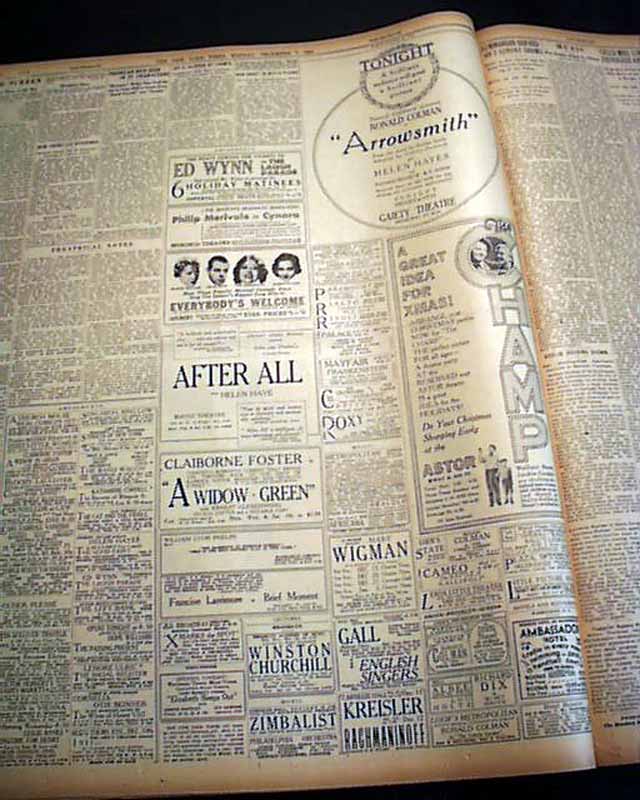 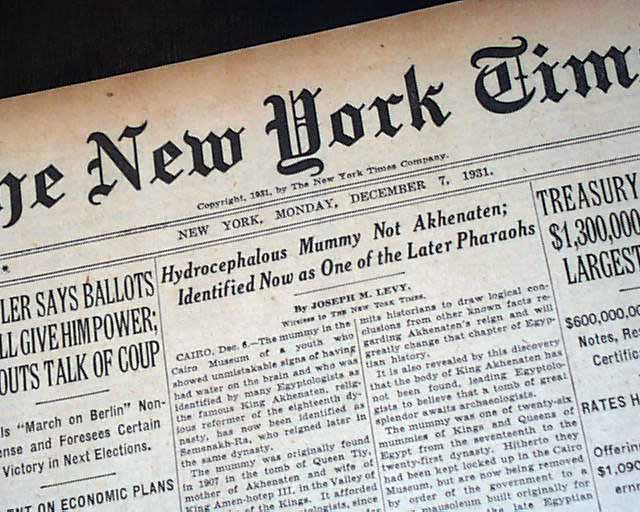 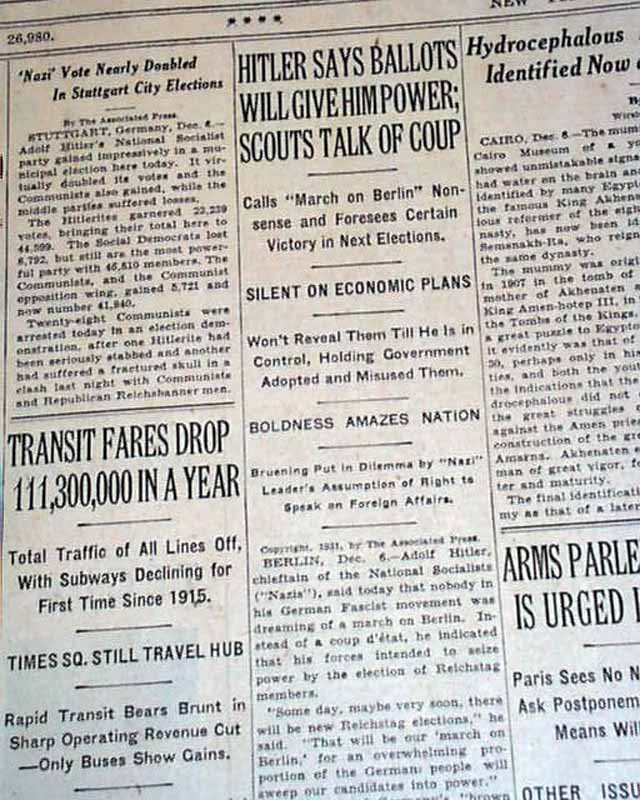 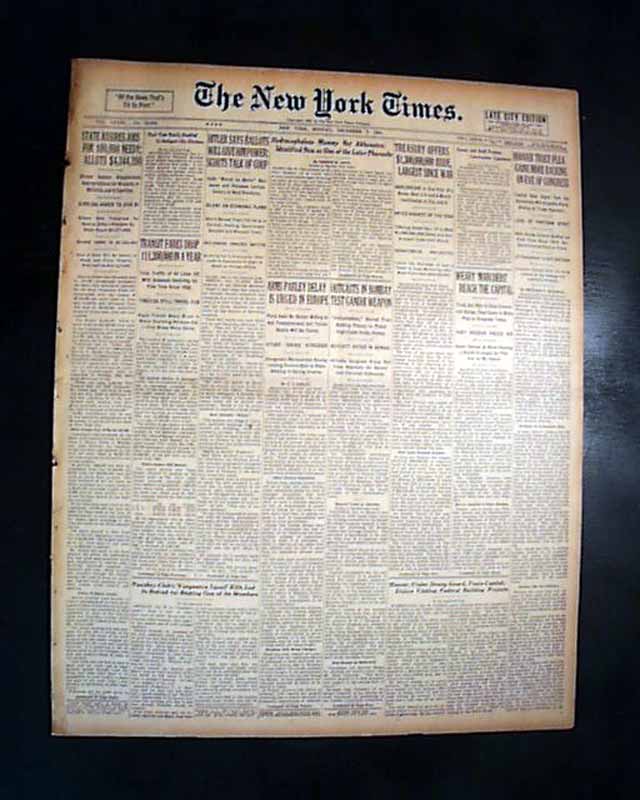