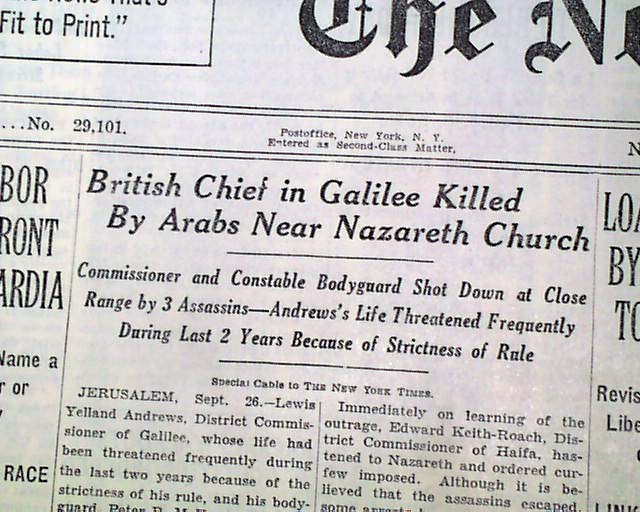 The top of the front page has a two column heading: "British Chief in Galilee Killed By Arabs Near Nazareth Church" with subhead. (see) First report coverage on the assassination of Lewis Yelland Andrews, British District Commissioner for the Gaillee during the British Mandate for Palestine.
Other news, sports and advertisements of the day. Complete with all 38 pages, rag edition in nice condition.