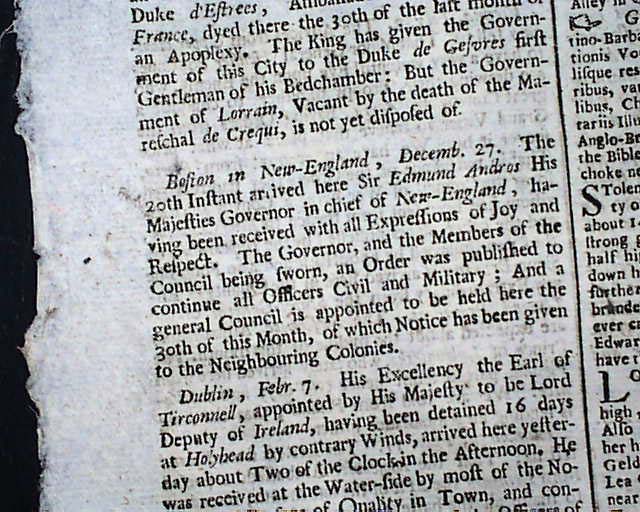 
THE LONDON GAZETTE, England, Feb. 14, 1686  The back page has the historic report of governor Edmund Andros' arrival in Boston to begin his leadership of the Dominion of New England. Datelined: "Boston in New-England, Dec. 27" the report notes in part: "The 20th instant arrived here Sir Edmund Andros, his Majesties Governor in chief of New-England..." with a bit more (see). Within 3 years he would be overthrown once King James II had left the throne in England.
A single sheet newspaper, 6 1/2 by 11 inches, great condition.