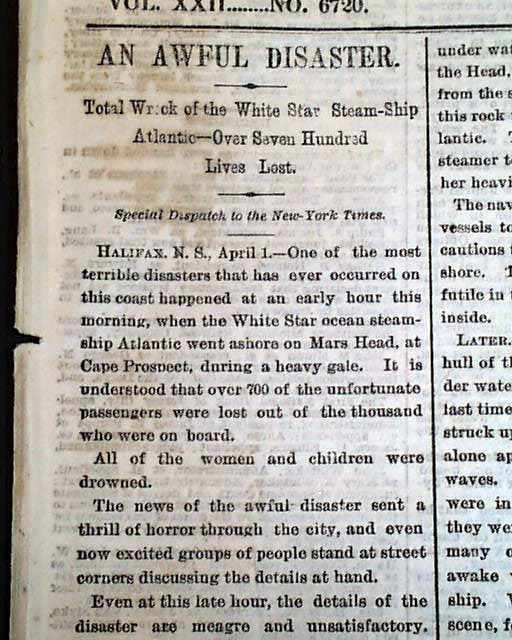 Over half of the front page contains the first report of this infamous marine disaster off the coast of Nova Scotia. The wreck of the ocean steamer Atlantic on a rock, about fifty yards from Meagher's Island, in the County of Halifax on the 1st April, 1873, will long be remembered as one of the most disastrous wrecks on the North American coast. Not only was the vessel and nearly all the cargo a total loss, but 545 people died, many with scarcely a moment's warning.
See the photos for portions of the report. Twelve pages, very nice, clean condition.

Victoria C. Woodhull and her "scandal... 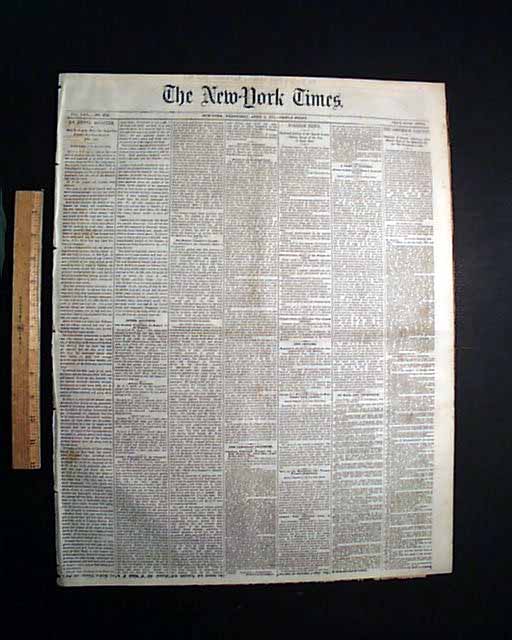 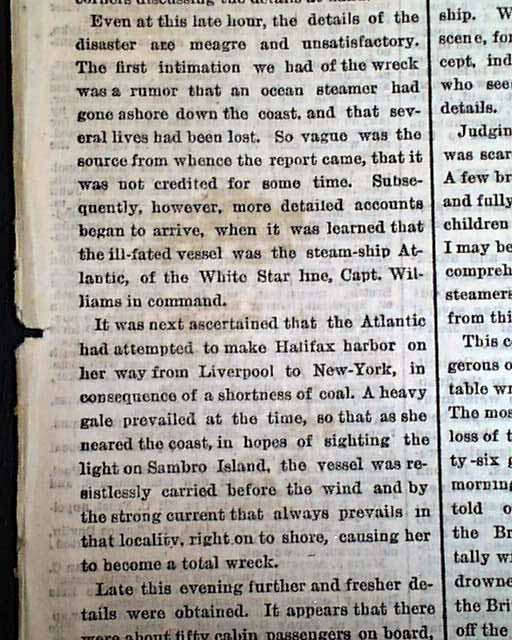 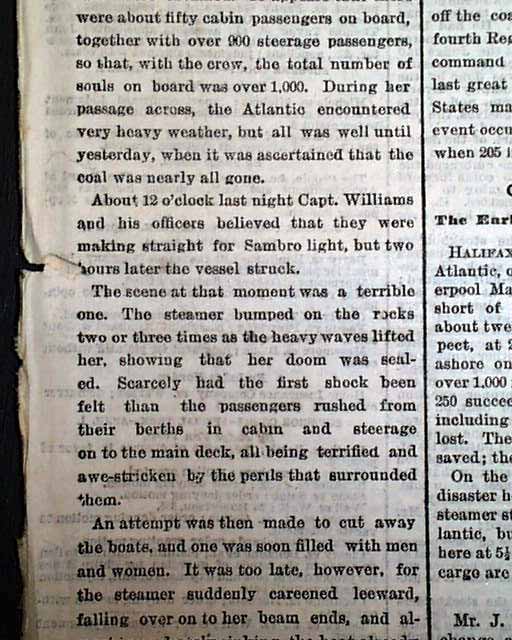 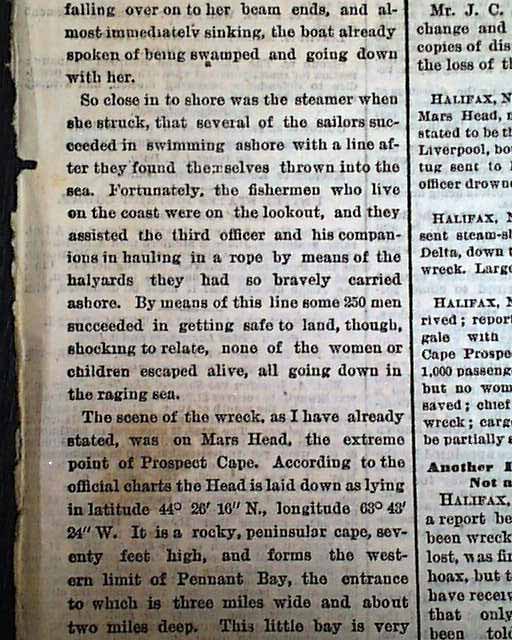 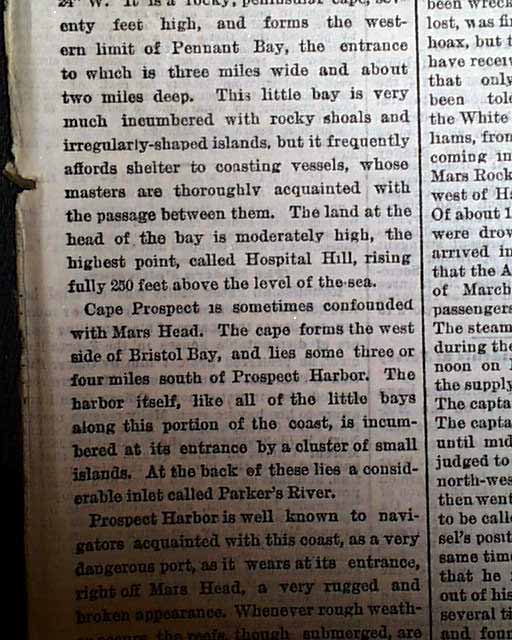 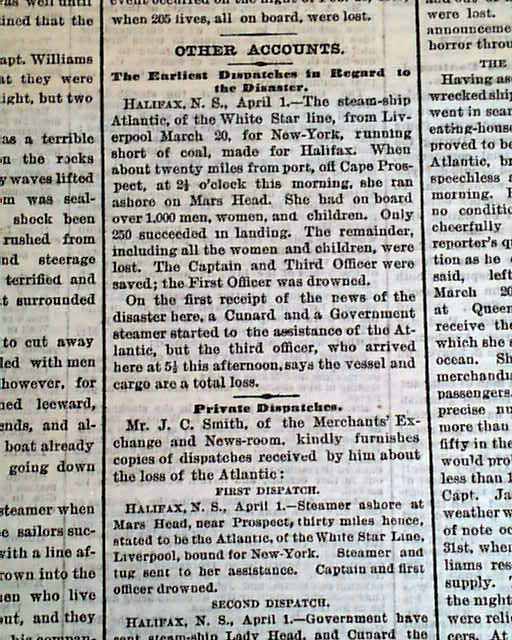 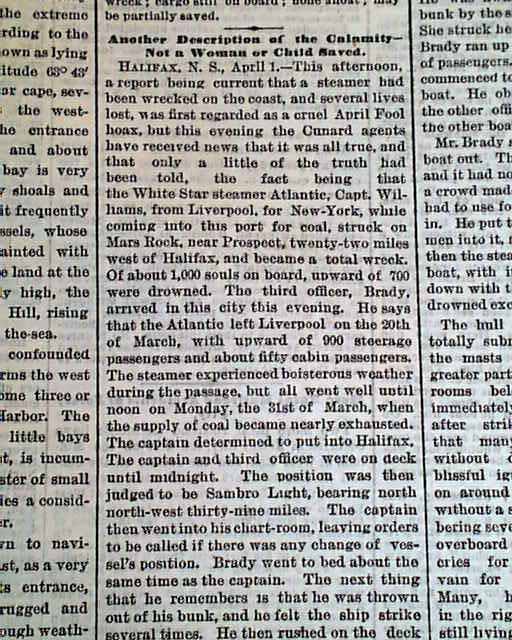 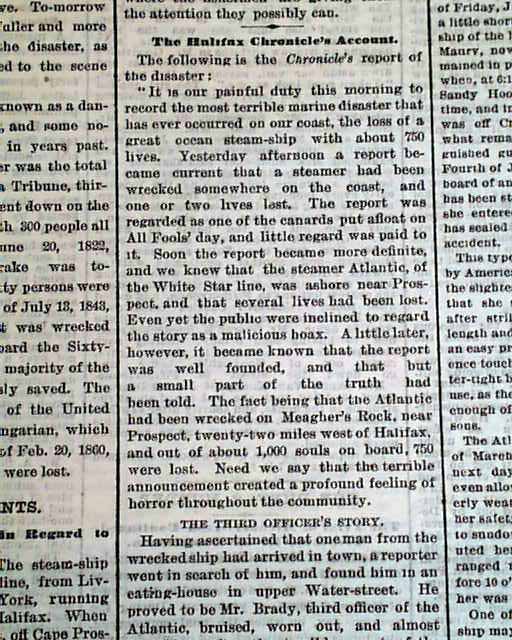