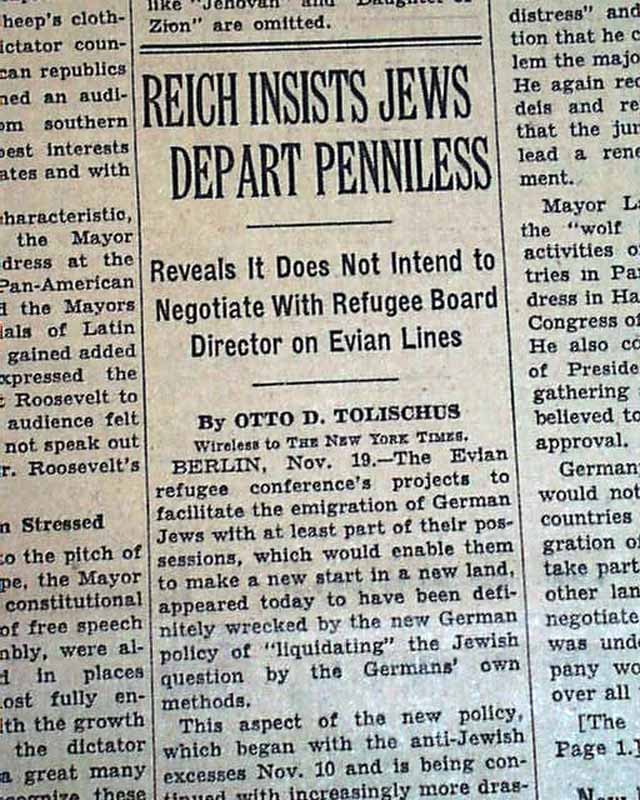 This 100+ page Sunday newspaper has one column headlines on the front page: "REICH INSISTS JEWS DEPART PENNILESS" "Reveals It Does Not Intend to Negotiate With Refugee Board Director on Evian Lines" with smaller subheads. The report continues on page 34 with: "Killings of Jews Reported". See photos for portions of the coverage on the ongoing Jewish holocaust in Nazi Germany.
Light browning, nice condition.