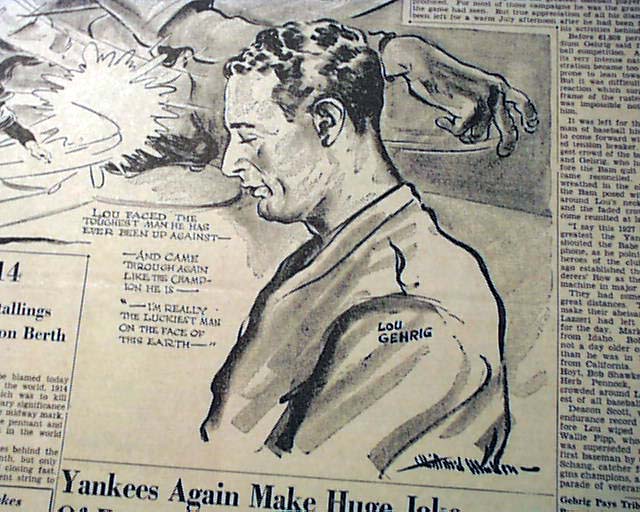 This issue will remain one of the most coveted by baseball fans, as it reports--from the city where it happened--one of the most notable & heart-warming events in the annals of baseball history.
The sports have has a headline: "Gehrig's Ovation Grandest in Baseball History" with subheads: "Sincere Tribute Brings Tears to Lou's Eyes" "Stricken Star Makes Hit as Orator Before '27 Mates and Other Notables". A very lengthy report which includes a few notes about his speech, beginning: "Two weeks ago I got a bad break, yet today I count myself the luckiest man in the world..."
The page features a rather large illustration in tribute to Gehrig, and includes his famous line: "---I'm really the luckiest man on the face of this earth---".
Complete in 38 pages, small binding holes at the spine, very nice, clean condition.