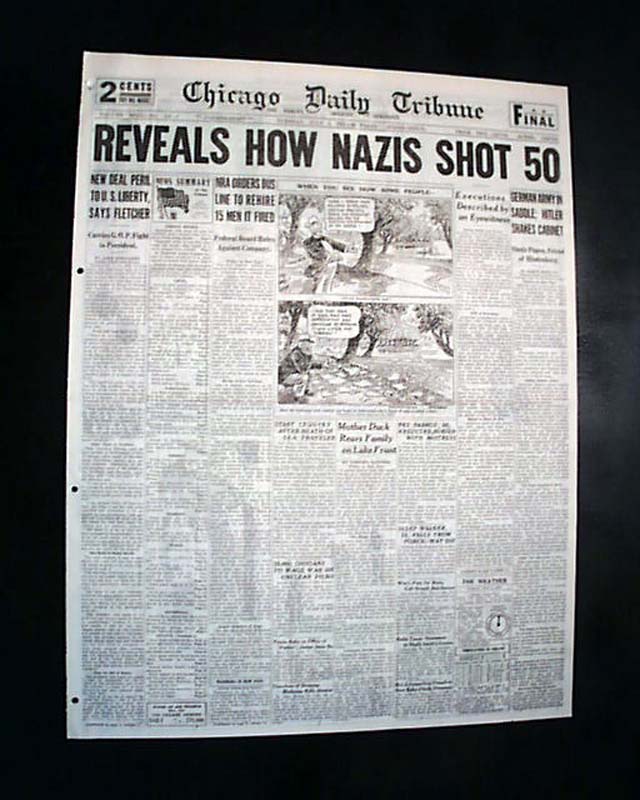 
CHICAGO DAILY TRIBUNE, July 3, 1934  The banner headline reports: "REVEALS HOW NAZIS SHOT 50" "with subheads: "German Army In Saddle; Hitler Shakes Cabinet" "Ousts Papen, Friend of Hindenburg" "Executions Described by an Eyewitness".
What is known as the "night of the long knives" was a purge of those suspected of being political rivals to Adolph Hitler.
The back page is filled with photos which includes 3 relating to this event & headed: "Hundreds Executed by Hitler Forces in Berlin; President Hindenburg Acts---Insull in 'Shotgun' Plea".
Complete in 26 pages, small binding holes at the blank spine, great condition. This is the "rag edition" printed on high quality newsprint meant for institutional holdings.