Home > Back to Search Results > The captured slave ship... Lincoln as a candidate...
Click image to enlarge 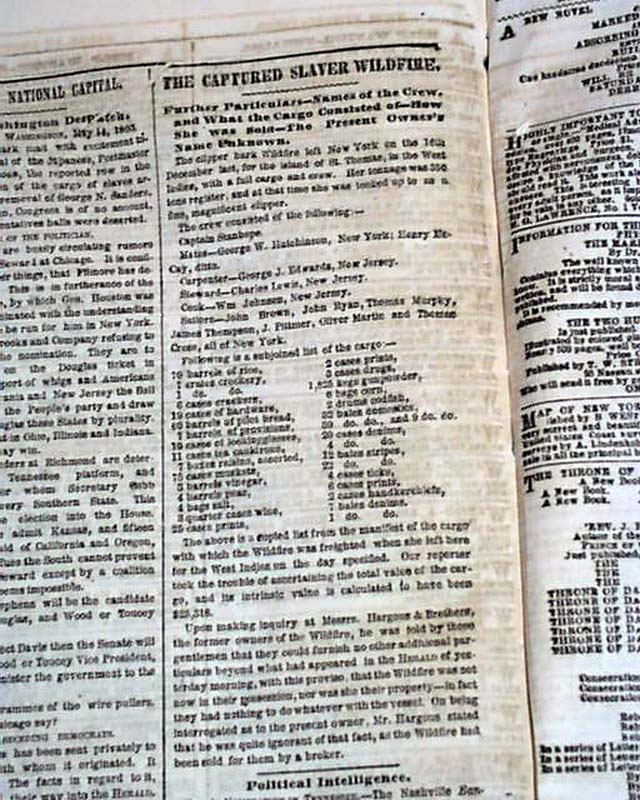 The captured slave ship... Lincoln as a candidate...

Several nice reports including: "The Captured Slaver Wildfire" "Further Particulars--Names of the Crew and What the Cargo Consisted of...". This was a noted slave ship made more famous by the print of it in the June 2, 1860 issue of Harper's Weekly.
Also reports from the Republican National Convention: "The Presidency" "The Chicago Convention" "What is to be the Platform of the Party?" and much more, including a chart of: "The Presidential Aspirants" which includes a then-nearly unknown: "Illinois.....Abraham Lincoln". Also a report from the Pony Express, and "Negro Free Suffrage Meeting".
Twelve pages, a bit irregular at the spine, good condition.