Home > Back to Search Results > Negroes in the Civil War...
Click image to enlarge 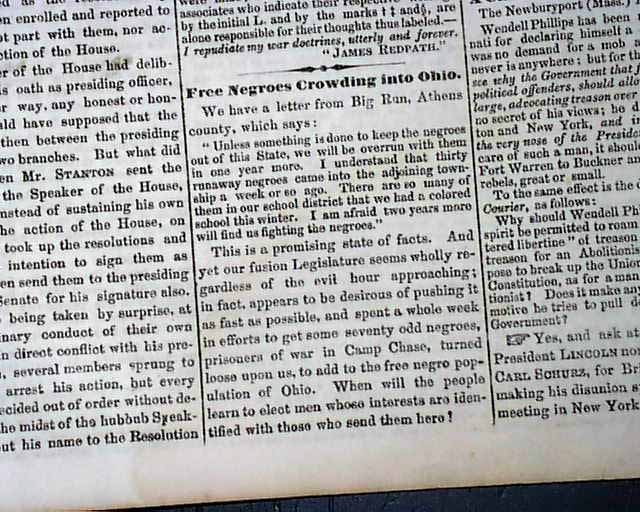 Negroes in the Civil War...


THE CRISIS, Columbus, Ohio, April 9, 1862  From the midst of the Civil War, some of the articles are headed: "Free Negroes Crowding into Ohio" "Missionaries to Work & Educate the Negroes at Port Royal" "War News of the Week" "Slavery in the District of Columbia" "The Horrors of War" "General Rosecrans' Farewell to His Soldiers" & much more.
Eight pages, nice condition.