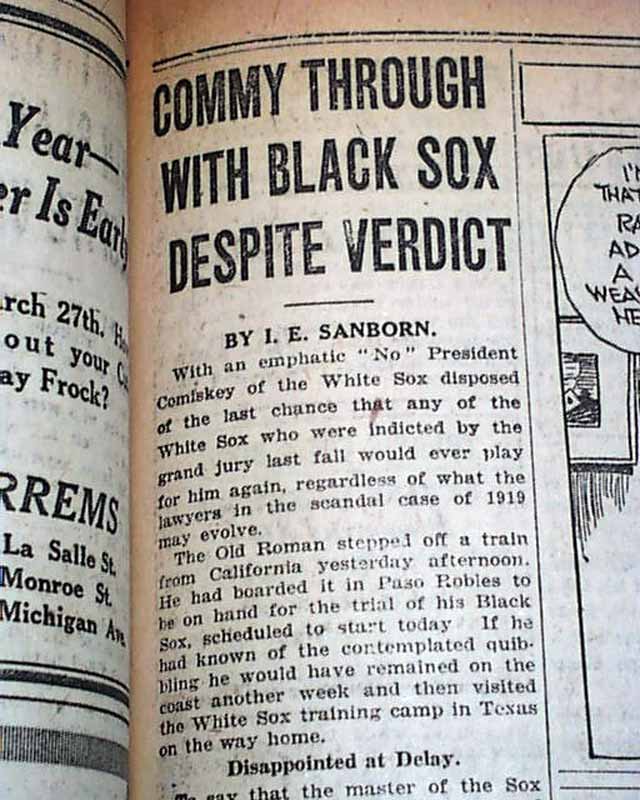 * re. Black Sox World Series scandal
* Best title to be had ?- rare as such

Page 15 begins with an interesting article relating the infamous Black Sox betting scandal. Headed: "Commy Through With Black Sox Despite Verdict", the text begins: "With an emphatic 'No" President Comiskey of the White Sox disposed of the last chance that any of the White Sox who were indicted by the grand jury last fall would ever play for him again, regardless of what the lawyers in the scandal case of 1919 may evolve....". Further on: "...'Those indicted players', he said, 'are on my ineligible list. It was not necessary for Judge Landis to put them on is his, but I am glad he did, as it justifies my position. There is absolutely no chance for any of them to play on my team again unless they can clear themselves to my satisfaction of the charges made against them by three of their teammates..." with more.
Terrific to have this report in a Chicago newspaper.
Complete in 24 pages, good condition.