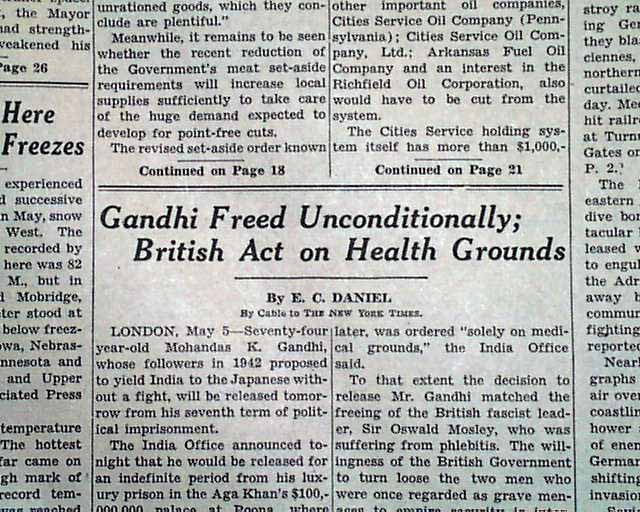 This 30 page newspaper has a 2 column headline on the front page: "Gandhi Freed Unconditionally; British Act on Health Grounds"
Other news, sports and advertisements of the day with much on World War II. Very nice condition.