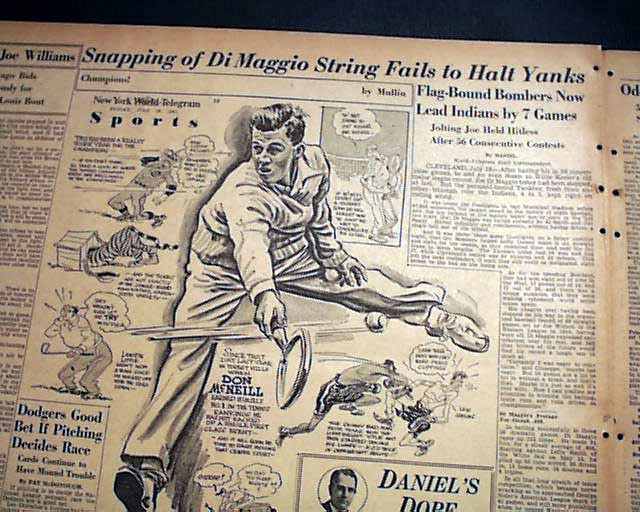 The top of the sports page has a 6 column head announcing: "Snapping of DiMaggio String Fails to Halt Yanks" with one of the subheads noting; "Jolting Joe Held Hitless After 56 Consecutive Contests". The text begins: "After having hit in 56 consecutive games, to add an even dozen to Willie Keeler's old major league record, Joe DiMaggio today had been stopped at last...".
This is one of the most notable and historic records in baseball history. Will it ever be broken? Great to have this report in a New York City newspaper, where he played.
Complete in 24 pages, great condition, small library stamp at the top.